Bats are integral to our ecosystems 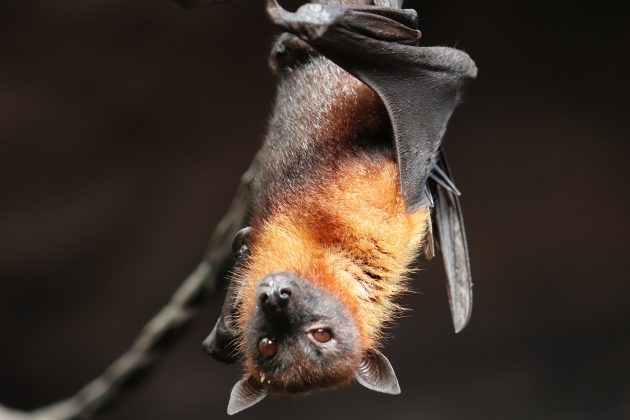 Image by Signe Allerslev from Pixabay

From habitat loss to disease, bat species across Canada are facing multiple threats. As cities expand, the large old trees that bats call home are being cleared and bats are losing their roosts.

In winter, hibernating bats affected by white-nose syndrome burn off their fat reserves too quickly and die from starvation and dehydration. The surviving bats need a warm and secure place to roost during the day in summer. A bat box is a simple and effective way to provide such roosts. But bat boxes have varied designs, and little is known about which designs will most benefit bat species across Canada.

In response, the Wildlife Conservation Society and the Canadian Wildlife Federation, with support from Environment and Climate Change Canada, launched the Canadian Bat Box Project this year to help bat populations recover with the assistance of community scientists across Canada. I am the lead researcher on this project as part of my postdoctoral research.

Little brown bats are North America’s most common bats, living from coast to coast and from Alaska to Mexico. They are known to use bat boxes throughout Canada. Meanwhile big brown bats, which are about double the size of little brown bats and are found across southern Canada, use boxes in some parts of Canada. Yuma bats use boxes in British Columbia, the only province this species is found in.

Scientists have documented only these three species using bat boxes out of the 19 species found in Canada compared to the United States, where 13 of those species use them. This difference may simply be due to lack of study in Canada, or potentially because of our colder climate.

We launched the Canadian Bat Box Project in 2021 to study bat box use so that scientists can develop regional and species-specific recommendations for bat box design and placement to increase box success rates.

More than 900 people across Canada have signed up to participate in the project this summer, the first field season in the three-year project. We provide willing participants with a temperature logger to install in their bat box, as well as supplies to collect guano (bat poop) to identify the bat species. Bat box owners that have bats swab the interior of their boxes for Pseudogymnoascus destructans, the fungus that causes white-nose syndrome.

This fungus grows into the bat’s wings and replaces muscles, blood vessels and other parts of the skin. It disrupts their hibernation and depletes their energy, causing fatalities.

While this fungus is widespread on walls and the floor in caves and has also been found on bats in the summer, a study of bat boxes in New York found that some boxes contained the fungus year-round.

The swabs we receive from the participants of the Canadian Bat Box Project will tell us if bat boxes can contribute to disease spread. Monitoring results may tell us whether the bats are using these roosts for themselves or to produce pups.

Installing a bat box gives bats an alternative to roosting in your house, and since all bats in Canada eat only insects, you may even notice a decrease in the insect population around your house!

Bat boxes need to mimic tree hollows by having hot temperatures of 27 — 38˚C. But some bat boxes get too hot during the summer, which can increase mortality. Temperatures above 40˚C in bat boxes are too hot. Some bat boxes in Canada and even in the Yukon have recorded temperatures over 50˚C!

Installing multiple bat boxes, for example one in the sun and one in the shade, gives bats a choice. These different roosts will have different temperatures depending on the weather. Bats often change roosts from one night to the next and participants have observed bats using different bat boxes on different days.

Once these boxes are set up, bat box owners can participate in the study and share information about their human-made roosts.

You can tell whether bats are using your box by searching for guano underneath your box. At dusk in the summer, you may see bats swooping around and catching insects in midair. Dusk is a good time to count bats as they emerge from your box.

You can also shine a light up into the box during the day to see if there are bats inside from May to October in Canada. The boxes will be too cold for bats during the winter. If a box gets too hot, you may observe bats crowding at the entrance of your box or even outside the box. This is a sign of heat stress. Be sure to avoid any physical contact with bats for both your safety and the bats’ safety.

Project progress… what lies ahead.

Bats are integral to our ecosystems. They eat a variety of insects, including agricultural and forestry pests. These pest-control services are valued at US$3.7-53 billion dollars per year in the United States alone. In the tropics, bats also pollinate a variety of fruits including bananas, breadfruits, durians and mangoes.

Seven months into the project, participants of our Canadian Bat Box Project note they are not seeing as many bats as they used to before white-nose syndrome arrived. Overall, about 20 per cent of participants reported success with bats roosting or even producing pups in their bat boxes.

We believe that better bat boxes will help the population recover from the effects of white-nose syndrome by increasing reproductive success.

The results of three summers of fieldwork for this project will provide much-needed information about both successful and unsuccessful boxes. Preliminary data analysis will begin this fall and results will be released to the public soon after.

Public education is also an important part of this project. Bats are sometimes viewed negatively but the more you learn, the more amazing bats seem. Bats now face additional persecution due to worries about COVID-19, but bats in North America do not have the virus that causes COVID-19.

With your help and improved recommendations, we hope to increase the success of bat boxes across Canada.