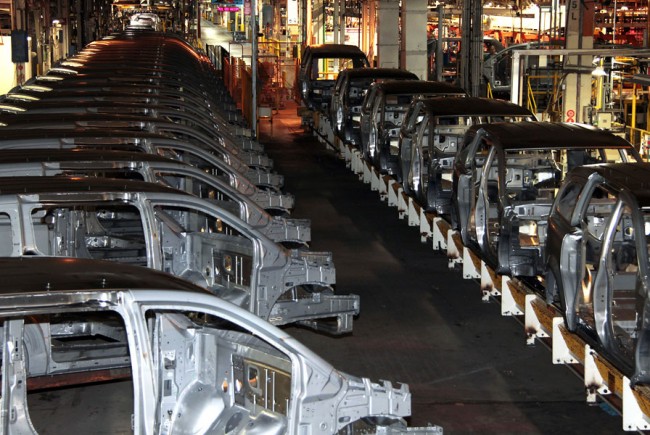 “The auto industry is single-handedly lifting Canadian manufacturing activity and non-resource exports out of the doldrums experienced during much of 2015,” Carlos Gomes, senior economist and Auto Industry Specialist at Scotiabank, said.

“The auto sector has also reclaimed its title as Canada’s largest exporter, overtaking the oil and gas industry. In fact, the auto sector’s share of overall manufacturing activity is now at the highest level since 2003, and exports have been so strong that the sector has swung to trade surplus in early 2016,” the analyst added.

North America auto sales as well as the region’s auto production are at record levels, and combined with the “end of extensive retooling at several assembly plants and a more competitive currency,” the report says the foundation has been laid for a “much improved” 2016 Canadian industrial outlook.

“Auto industry shipments surged 29 per cent year over year in the opening month of 2016, accounting for nearly 80 per cent of the year-over-year gain across all of Canada’s manufacturing activity,” Scotiabank noted.

The gains in auto industry output has also bolstered employment growth at Canada’s many auto parts companies. The report shows industry payrolls have climbed 5 per cent year over year through early 2016.