AstraZeneca second dose: Should I get the same vaccine or choose Pfizer or Moderna? 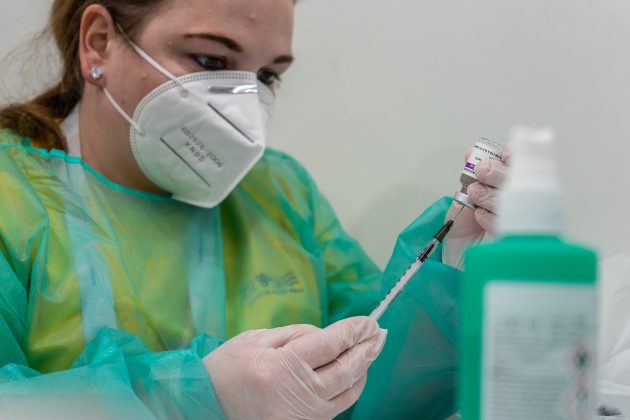 People in Canada whose first dose of COVID-19 vaccine was AstraZeneca have a choice to make: They can either choose one of the mRNA vaccines (Pfizer or Moderna) or another dose of AstraZeneca for their second shot.

The saga of AstraZeneca’s COVID-19 vaccine has been complicated. Clinical trials and real-world data from the United Kingdom have demonstrated its superb efficacy against severe illness and hospitalizations due to COVID-19.

In March, as much of non-Atlantic Canada experienced a surge of COVID-19 cases driven by the alpha (B.1.1.7) variant, reports from the European Union confirmed an association between AstraZeneca vaccine and rare but potentially fatal blood clots termed “vaccine induced thrombotic thrombocytopenia,” or VITT.

On March 31, given an unfavourable risk-benefit balance in younger people from the association with VITT, the National Advisory Committee on Immunization (NACI) recommended suspending the use of AstraZeneca in all people under age 55 in Canada. On April 23, as critically ill patients strained many hospital systems, NACI relaxed its guidance on AstraZeneca vaccine to allow its use in people over age 30 to speed up first dose uptake across Canada.

Finally, on May 11, Alberta and Ontario announced they would discontinue the use of AstraZeneca for first doses, citing uncertain supply of AstraZeneca vaccine and the evolving risk of VITT in Canada (1 in 55,000). Other provinces and territories quickly followed suit.

So the question of the moment is: What do I choose for my second dose if I’ve received a first dose of AstraZeneca?

Evidence for mixing and matching vaccines

Let’s begin with the evidence we have so far around mixing and matching vaccines, specifically AstraZeneca and Pfizer/BioNtech (Pfizer). On May 12, initial data on reactogenicity (the ability to produce common side-effects) data from the COM-CoV study in the United Kingdom was released. It included 830 people ages 50 and older, who were randomized into four study arms that received different combinations of AstraZeneca and Pfizer vaccines at four-week dosing intervals.

Participants who received different vaccines for their first and second doses, regardless of sequence of vaccination, had more side-effects (non-serious ones that resolved on their own) than those who received the same vaccine twice. No safety concerns were noted.

Experts theorized that the greater number of side-effects might predict a more robust immune response, but immunogenicity (the ability of the vaccine to provoke an antibody response) data is still pending and expected later this month.

Results from the Spanish CombiVacS study were reported on May 18. The study randomized 663 people who received AstraZeneca as their first dose to either receive Pfizer as a second dose booster eight weeks later, or into a control group with no second dose at all.

A recent study from Germany released June 1 as a non peer-reviewed preprint adds additional information around mixing and matching AstraZeneca and Pfizer vaccines. This preliminary data included 26 individuals, ages 25 to 46, who were administered AstraZeneca as their first dose of vaccine, followed by a second dose of Pfizer given eight weeks later.

Lastly, a small Canadian study from Dalhousie University took two volunteers aged 66 and administered a first dose of AstraZeneca vaccine followed by a second dose of Pfizer vaccine 33 days later in both. The antibody responses were reported as being strong, with no safety concerns.

VITT risk with a second dose of AstraZeneca

The current and anticipated availability of both mRNA vaccines in Canada is excellent, with ongoing anticipated shipments throughout all of June and July. This means there will be no need to wait for one’s preferred option in most cases.

So what’s the best choice?

I was fortunate to receive two doses of COVID-19 vaccine in early 2021, so I don’t have to make a decision for myself. However, I’ve had many people ask me for advice on this subject on behalf of loved ones, friends and themselves.

While the data isn’t definitive, evidence is mounting to support a mixing and matching approach with AstraZeneca followed by Pfizer being at least as good (if not better) than giving two doses of the same vaccine. There is no inherent risk of mixing vaccines, and no safety concerns have been noted thus far.

Additionally, by taking an mRNA vaccine, one avoids the risk of VITT altogether. Even though this risk is very low, VITT is serious and potentially fatal.

For those reasons, my opinion is that if it’s accessible, a second dose of mRNA vaccine (either Pfizer or Moderna) is preferred for most people in Canada who have received a first dose of AstraZeneca.

The mRNA vaccines are anticipated to be widely available throughout June and July, when most Canadians will be lining up for second doses, so availability will not be a concern for either option.

The case for AstraZeneca

There are many reasons why one might choose AstraZeneca over an mRNA vaccine for their second dose. There is no clinical efficacy data for mixing and matching vaccines, such as clinical trials or real-world studies. For this reason, some may prefer a “proven” approach of receiving two doses of AstraZeneca. Some people who did not experience any adverse effects with their first dose of AstraZeneca may opt for a second dose of the same to try to avoid side-effects.

The COM-CoV study from the United Kingdom will report data on immunogenicity (antibody response) later this month. It may or may not be supportive of a mixing and matching approach. Some may prefer to wait for this data before deciding. Others may just be happy to take whatever vaccine is available and offered to them first.

Regardless of one’s decision, the critical point is for everyone to get a second dose as soon as they are eligible, whether it be AstraZeneca or an mRNA vaccine. The available evidence gives confidence that both options are safe and efficacious, so there’s no “wrong” choice here. Being fully vaccinated provides optimal protection against current and emerging strains, including the delta variant.

We are very fortunate in Canada to have the privilege to choose between two excellent options for our second doses. We have a responsibility to ensure that any unused vaccine supply is not wasted, and we must do much more to support global vaccine equity to help put an end the COVID-19 pandemic worldwide.

Please, go and get fully vaccinated both for yourself and for your community!