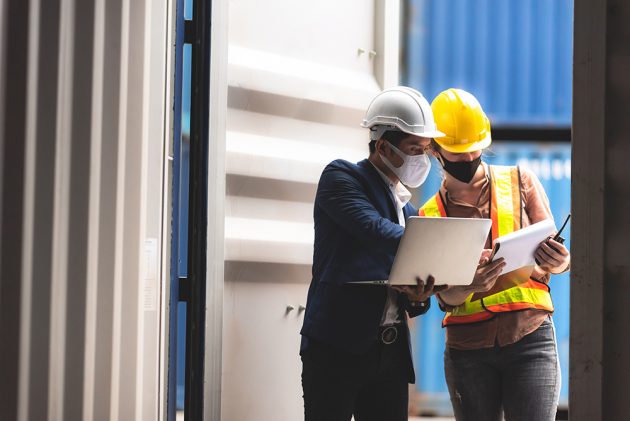 TELUS Agriculture, A&L Canada Laboratories Inc., Swiftlabs Inc. and DarwinAI are also involved in the project and will be expected to use their technologies to advance Aspire Food Group’s goals. The operation will employ industrial automation and robotics, IoT, and deep learning/analytics to farm crickets that have a similar protein quality to meat and an environmental footprint similar to plants.

Mohammed Ashour, CEO of Aspire Food Group, was clear in elucidating the implications outside of food manufacturing as well.

“Once our facility is up and running, we can use the technology and apply it to insects outside of protein powders. There are insects used in textile production, in vaccine production, so there are clear applications outside of food. We can scale for insects being used in other industries, even fungi. That’s the incredible thing about having such an advanced facility.”

The project will be the first time industrial IoT, sensors, ASRS and AI will be deployed in a climate controlled, indoor vertical agriculture space with living organisms. The facility will highlight the sustainability of non-meat protein processing, establishing an insect protein supply chain in Canada and is the largest endeavour funded by NGen to date, at $16.8 million in total committed.

“This is the first time neural networks will be applied to all of our data to improve yields better than a data scientist could. Measuring air flow or other things that aren’t apparent with factors like temperature and light exposure will improve yields beyond what is currently possible.” Mohammed Ashour said.

Telus is building an IoT tower that can gather data on the lifecycle of the crickets, to understand their growth and the effects of their habitat, and is one of the first projects being undertaken by Telus’ new agriculture division.

Aspire Food Group intends to enter the market by Q2 of 2022, and believes they can comfortably achieve at least a 60% cost savings in protein production compared to their insect protein competitors.

“The cost savings will be imperative in reducing the stigma of insect protein in North America,” Ashour said. “Currently, insect protein is widely used in the pet food market where the stigma is non-existent, but as the product is available in more accessible formats, and in conjunction with a significant cost savings and an attractive price, we’ll see a wide variety of markets adopt insect protein to address food insecurity and environmental costs.”

The project is meant to be a model of Industry 4.0, and will be examined closely as they establish a supply chain to position Canadian food manufacturing as a leader in the insect protein industry.