Are Canadians ready to ditch GDP as a key prosperity indicator?

Research shows Canadians want to move away from the GDP as a measurement of progress, prosperity and happiness 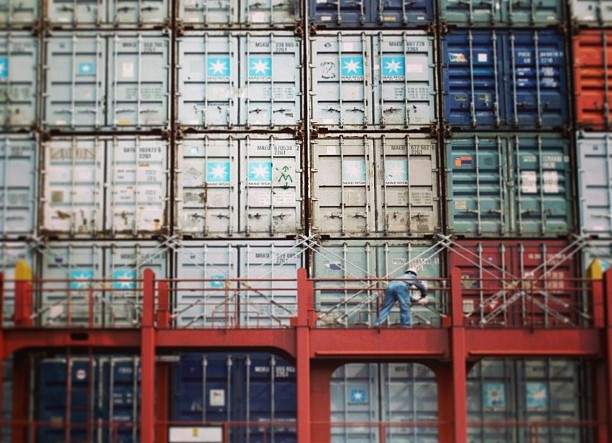 In 1968, the late Robert F. Kennedy, then a presidential candidate in the United States, pointed out in a famous speech that Gross Domestic Product (GDP) “measures everything … except that which makes life worthwhile.”

More than 50 years have passed since that speech, and even though several pundits have noted the limitations of GDP as an indicator of human well-being, most countries and politicians are still fixated with GDP growth as a primary indicator of progress.

But change seems to be coming.

Recent news reports indicate that the Canadian government is mulling over introducing a budget that would focus on new indicators of progress like happiness and well-being.

If the federal Liberals do indeed focus on these new indicators, it would be a marked distinction from previous government budgets, which focused heavily on traditional economic measures such as GDP growth to indicate Canada’s progress.

Economic growth is the increase in the inflation-adjusted market value of goods and services produced in an economy and is measured as the per cent increase of GDP. The GDP as an indicator has been in use since the 1940s and reflects the size of the economy.

Most countries pursue GDP growth as a primary policy objective since it’s often equated with social progress and well-being. But some experts have long criticized the fixation on economic growth and have proposed the use of alternative indicators to better capture societal improvement. Countries have so far been reluctant to use new indicators, partly because they’re considered subjective and harder to measure.

Although the focus on happiness and well-being would be unique in the Canadian context, new indicators of progress have been proposed in other countries such as New Zealand, Finland and Bhutan. Even the European Commission’s Beyond GDP initiative is exploring indicators that better account for environmental and social measures.

While the government in Canada intends to move in this direction, would Canadians support such a shift?

A peer-reviewed study led by the lead author of this article explored the perceptions of Canadians on this topic. The study focused on assessing whether Canadians think that economic growth measured in GDP is the best measure of progress and prosperity.

The results show that nearly 43% of the respondents were likely to support a Canadian politician who would not pursue economic growth as a major policy goal.

The level of support varied across provinces — 38% of Albertans, 41% of Ontarians, 46% of British Columbians and 48% of Québecers were likely to support such a proposal.

In addition, 53% of participants agreed that a good life is possible without continuous economic growth while 26% of respondents were undecided and 21% disagreed.

These results indicate that many Canadians are open and could be willing to support new indicators of progress that move away from GDP growth, thereby boosting the federal government’s plan to focus more on happiness and well-being.

56% of respondents also said that Canada should not continue growing its economy if there’s substantial negative consequences, such as environmental degradation. The research was conducted using an online survey with a sample size of more than 1,000 Canadians spanning various age groups, income categories and political affiliations.

The results of the study are in line with past surveys that found between 60% and 88% of people prioritize environmental protection even if it slows down economic growth, illustrating the importance that Canadians give to other non-economic goals.

Participants in the peer-reviewed study indicated a potentially high level of support for post-growth ideas; a majority of respondents supported a move away from a consumption-led economic model.

As many as 65% of respondents backed the idea of moving towards an economic system with reduced levels of consumption, and more than 80% agreed that, in view of limited natural resources, people should figure out ways to increase quality of life while reducing overall material consumption.

Although alternative indicators of progress have been criticized due to difficulties in their measurement, overall, the study recommends that governments could be more accountable to their citizens by using more comprehensive indicators of economic welfare.

These findings challenge the assumed consensus about the desirability of GDP growth, indicating that Canadians hold diverse views on this topic.

A significant proportion are open to considering other indicators of progress that could focus more on well-being and happiness than on increasing consumption.

With a deepening climate crisis, unprecedented biodiversity loss and widespread inequality, it’s pertinent to remember the words of Robert F. Kennedy and question whether indefinite GDP growth will deliver true and long-lasting prosperity.

The time may be ripe to start pursuing other more laudable goals and many Canadians are likely to support such a shift.