Each time, as the broader Alberta economy suffers, so too do the province’s public services. 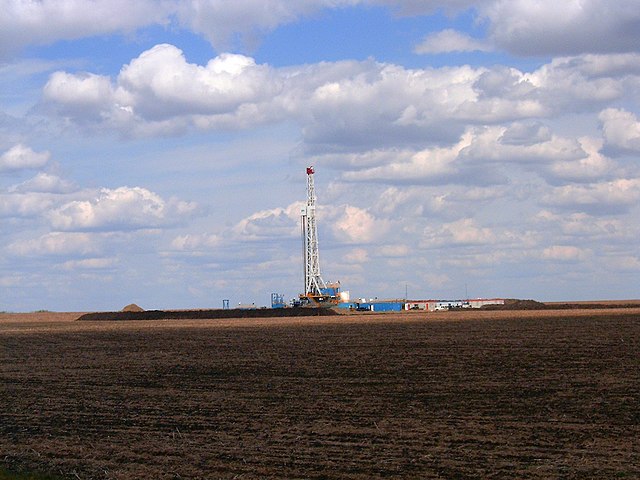 Alberta Finance Minister Travis Toews recently delivered his fourth provincial budget. Due to the ongoing recovery of oil and natural gas prices, the Alberta government is now forecasting surpluses after nearly a decade of deficits.

Those deficits reached a high of $17 billion in 2020-21, meaning the largest-ever turnaround in Alberta’s roller-coaster finances has just happened.

I’ve been following Alberta budgets for 40 years, both inside or outside government.

My most vivid Alberta budget memory was watching from the gallery as Alberta Treasurer Lou Hyndman delivered a budget in the early 1980s. As he progressed down the list of capital spending, each item was thunderously greeted by his fellow Progressive Conservatives pounding on their desks — especially when their constituency was mentioned.

This experience has left the indelible impression that politicians care much more about spending money than raising money.

Have matters really changed since Hyndman delivered his budget? Not really. Every time Alberta’s energy-based economy goes into a tailspin, it’s because the price of oil has declined precipitously.

Predictable patterns have repeated over the past 40 years. Following the price decline in the ’80s, Peter Lougheed’s government raided the Heritage Fund’s investment income and, when that wasn’t sufficient, started borrowing.

After Lougheed’s successor Don Getty retired, Ralph Klein reversed course, demonizing debt, taxes and public spending. No consideration was ever given to developing other sources of revenue, like a sales tax, to stabilize Alberta’s fiscal situation.

Each time, as the broader Alberta economy suffers, so too do the province’s public services.

Klein’s mantra was: “We have a spending problem, not a revenue problem.” This version of successive fiscal planning was popular — Klein won four successive majorities. But his success in the 2000s was mainly due to surging natural gas prices.

Fast forward to the collapse of oil prices in 2014-15 when a New Democratic government under Rachel Notley defeated the long-governing Conservatives led by the late Jim Prentice.

Like Lougheed and Getty before her, Notley resorted to large borrowing and tapping stabilization funds to ease a deteriorating financial situation.

Resource revenues fell to $2.8 billion from nearly $9 billion  in her government’s first fiscal year. As in the Getty era, economic diversification was hailed as offering a way out of the boom-bust cycle.

But also like Getty, Notley’s efforts to diversify the economy largely failed, although modest gains were made in the craft beer and in digital-media arts industries. And like her Conservative predecessors, Notley’s government provided grants to expand Alberta’s petrochemical industry.

However, unlike Getty, Notley faced growing pressures for measures to address climate change. A government panel led by Alberta Business School economist Andrew Leach produced a report that created a road map and rationale for a carbon tax.

Anticipating hostility to the tax, Notley sought to characterize it as “revenue-neutral” with money being redistributed to lower-income families. The report aimed to mollify oil executives by emphasizing the importance of maintaining Alberta’s industrial competitiveness alongside efforts to reduce emissions.

Phase 2 of the routine Alberta cycle — spending and budget cuts — is completing itself under the United Conservative Party government that’s held spending steady for several years.’

Like Klein, Premier Jason Kenney regards the culprit of the province’s financial woes as spending, and enacted recommendations in the blueprint offered by Janice MacKinnon, Saskatchewan’s former NDP finance minister.

MacKinnon, despite her NDP history, was a formidable fiscal hawk and after her political career, she helped produce a 2017 report recommending the Notley government attack the province’s spending problems by bringing Alberta’s per capita spending in line with Canada’s three biggest provinces. A key target was the high wages Alberta’s public servants supposedly were paid.

Predictably, these measures inflicted pain on the public service through layoffs and by forcing institutions like school boards or provincial agencies to cut services or staff.

Now, as with Klein, the boom has followed the bust and next year’s pre-election budget is expected to significantly ramp up spending and to patch up holes in the health and education system. There also may be talk of debt pay-down or adding to the government’s savings accounts.

Quiet on the sales tax front

For nearly 60 years, the Alberta government has not once run a surplus excluding resource revenue.

Regrettably, Toews failed to announce a full-scale review of all government revenue as previously suggested.

That means unlucky Alberta residents will continue to experience the thrills and chills of the province’s seemingly never-ending fiscal roller-coaster ride.