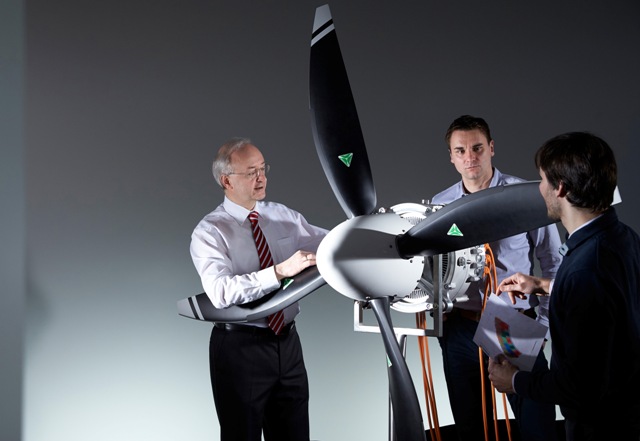 MUNICH, Germany—Plane maker Airbus Group and industrial giant Siemens are partnering on a research project aimed at bringing about the next stage of aviation.

The two European firms have signed a collaboration agreement on hybrid electric propulsion and launched a major joint project to build a range of propulsion systems they hope will lead to electrified passenger aircraft.

“Electric and electric-hybrid flight represent some of the biggest industrial challenges of our time, aiming at zero-emissions aviation,” Tom Enders, CEO of Airbus, said.

The aerospace firm’s chief went on to say the company believes a hybrid propulsion system will be able to power a passenger aircraft with less than 100 seats by 2030. Such propulsion systems have been consistently held up as cost and emissions-saving technology that could drastically cut the high carbon impact of the aviation industry.

As part of the collaborative project announced April 7, a team of 200 Airbus and Siemens employees will work toward demonstrating the technical feasibility of various hybrid or electric propulsion systems by 2020.

“By entering the field of highly innovative aircraft propulsion technology, we’re opening a new chapter in E-Mobility,” Siemens president and CEO, Joe Kaeser, said. “Collaboration with Airbus Group will create new perspectives for our company and open us up even more to disruptive innovation.”

The project will build on technology already developed by both firms, including Airbus’ E-Fan fully-electric two-seater plane, and a series of Siemens electric motors.