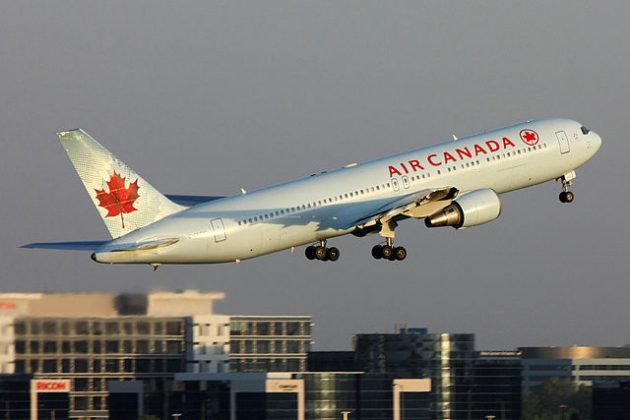 Like the global aviation industry, Air Canada has been hit hard by the COVID-19 pandemic and was forced to abandon 30 regional routes earlier this summer.

More cuts could be announced in the coming months.

This is a catastrophe for several remote Canadian communities, as it threatens their right to be connected to the national transportation system and severely impairs regional economic development.

The COVID-19 crisis is providing an opportunity to rethink transportation policy in our country. It also forces us to evaluate the extent to which the free market economy is the best mechanism to structure air transport in a country characterized by great distances and low population density.

The deregulation of air transport started under President Jimmy Carter in the United States at the end of the 1970s. Canada did not escape this movement: Air Canada remained a Crown corporation until 1988, when it became a publicly traded company.

It’s remarkable that in spite of the drastic change in its ownership structure, Air Canada is seen as the national airline in the hearts of many Canadians. However, the cavalier way in which the company announced regional service suspension — with some local authorities learning the bad news in the media — was a sharp reminder that Air Canada’s only social responsibility is towards its shareholders. Regional development is no part of its mission.

In fact, Air Canada’s shareholders were probably pleased with the decision to cut regional routes and would welcome additional suspensions if they’d limit financial losses.

Despite the threat that low-cost carriers started to pose in the late 1990s and early 2000s, the hub-and-spoke model is alive and well today. The main reason why a carrier like Air Canada offers connections between Québec’s Magdalen Islands and Montréal or between Newfoundland’s Deer Lake and St. John’s, for example, is to feed its Montréal or Toronto hubs.

In periods of economic growth, when international flights are profitable, large carriers are willing to lose money on regional routes in the hopes of snagging regional traffic heading for international destinations.

However, the COVID-19 pandemic made it financially impossible for Air Canada to continue to offer all its regional connections. The pandemic has therefore shed light on the limits of a deregulated air transportation market in a country like ours.

We conducted major research projects for the Québec Department of Transport in 2008 and 2019, in addition to helping the Québec government prepare for the 2018 Regional Air Transport Summit. So we’re very familiar with regional air transport challenges in our country, which are exacerbated by the quasi-monopoly position enjoyed by Air Canada.

Like any provincial government, Québec does not have regulatory authority over air transit in the province. However, the province offers a number of programs to mitigate the negative impact of the quasi-monopolistic situation.

These programs have had mixed results.

For example, only six per cent of those from remote communities who we surveyed in 2019 indicated that they had travelled on a regional flight and benefited from the Québec Fare Reduction Program, an initiative designed to make regional flights more affordable to users.

Our research work led us to formulate a number of policy recommendations, including putting in place conditions that would allow small entrepreneurial carriers to thrive and weaken Air Canada’s monopoly position.

It has become clear while surveying or interviewing people in remote communities that the travelling public is often unaware that other options exist beyond Air Canada. It would be relatively easy for provincial governments to organize marketing campaigns to promote regional tourist attractions together with the air service offered by small entrepreneurial carriers.

Participants in the consultations conducted in preparation for the 2018 Regional Air Transport Summit even suggested setting up a regional loyalty program or the creation of an umbrella brand (similar to airline partnerships such as the Star Alliance) under which regional carriers could be grouped.

Fixing a floor price to prevent Air Canada from engaging in price wars that small regional carriers can never win, as well as removing provincial sales taxes on flights offered by small carriers, could also have a positive impact on the sustainability of the regional air transportation network.

Trying to make their regions attractive

Some remote communities we heard from when conducting our research stood out for their efforts to stimulate their local economies and develop tourism in order to make their region attractive to air carriers.

However, the free market is currently threatening the right to transportation of those living in remote communities, as well as their economic vitality. Sound federal, provincial and municipal policies that create synergies between economic and tourism development, as well as sustainable mobility, are greatly needed.