A tenth of active and abandoned oil and gas wells in northeastern B.C. are leaking 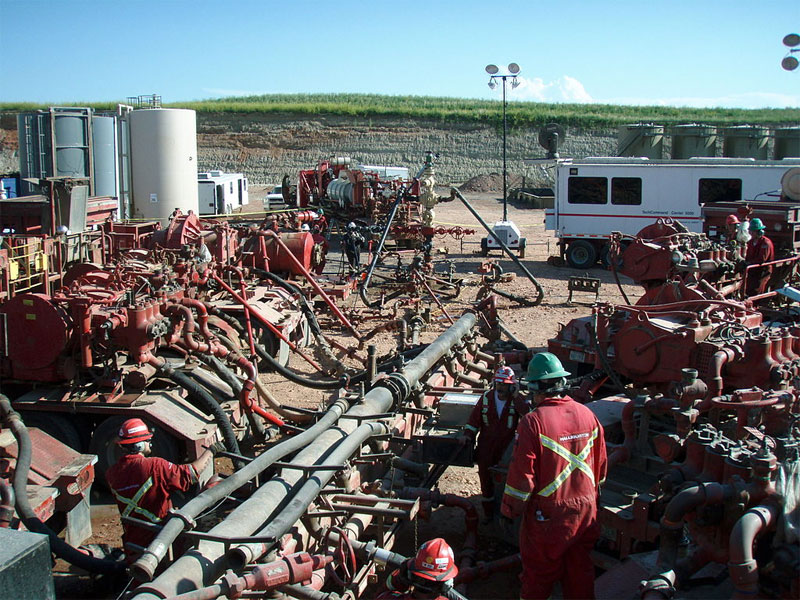 Northeastern British Columbia has been a major centre of conventional oil and gas production since the 1960s. More recently, the shale gas sector has also targeted the region.

One of the issues the oil and gas industry faces is the leakage of gases from wellbores — the holes drilled into the ground to look for or recover oil and natural gas. Methane leakage from wellbores has become an important issue because this greenhouse gas is far more potent than carbon dioxide.

My colleagues and I recently examined a database containing information about 21,525 active and abandoned wells located in the four main shale gas formations of northeastern British Columbia: the Montney, Horn River, Liard and Cordova basins. This represents almost all of the conventional and shale gas wells existing in the region.

Our study was the first to examine the data contained in the British Columbia Oil & Gas Commission Wellbore (OCG) Leakage Database. We found that almost 11% of all oil and gas wells had a reported leak, together releasing 14,000 cubic metres of methane per day. This is more than double the leakage rate of 4.6% in Alberta, which may have less stringent testing and reporting requirements.

Our research in northeastern B.C. also found weak regulations on mandatory reporting, continued monitoring and the use of protective measures — oversights that represent risks for the environment.

All modern oil and gas wells are constructed in a wellbore, which typically traverses many geologic layers containing brines and hydrocarbons. Fracking involves the deep underground high-pressure injection of large volumes of water, sand and chemicals into the wellbore, to fracture the rock and release the natural gas, petroleum and brines. Pipes and sealants (usually cement) placed in the wellbore protect it against collapse and squeezing, and prevent fluids from moving between geologic layers.

But these structures are not always fail-safe. Deficiencies in the design or construction of the wellbore, or weakening of the pipe or sealant over time, can connect layers that would naturally remain geologically isolated. In a deficient well, the buoyancy of the underground gas causes the fluids to be pushed towards the surface through these connections.

Wellbore leakage can occur along actively producing wells or wells that have been permanently abandoned after their productive life is over.

The possibility of leakage from these wells has raised environmental concerns, especially since leaky wells are likely under-reported. In addition to the release of greenhouse gases, which contribute to global warming and climate change, these leaking wells could contaminate groundwater and surface water with hydrocarbons, chemicals contained in fracking fluids and brines.

There are three main consequences to public health and the environment from wellbore leakage:

According to the B.C. OGC database, leakage had occurred in 2,329 of 21,525 tested wells. Altogether, these leaking wellbores are releasing greenhouse gases equivalent to 75,000 tonnes of carbon dioxide annually. This is roughly equivalent to the emissions from 17,000 passenger vehicles.

Unfortunately, there is no record of the frequency of testing for wellbore leakage in B.C., nor are there requirements to monitor deep aquifers near oil and gas wells for contamination. Although current regulations stipulate that all incidences of leakage must be repaired prior to well abandonment, there is no monitoring program in place for leakage after wells have been permanently plugged, buried and abandoned.

There is also the possibility that the venting gases will contain hydrogen sulphide gas, which is poisonous and deadly at high concentrations.

There is no monitoring program in place for the inspection of wells that have already been abandoned. These abandoned wells could leak for a long time before the leakage is detected and repaired. Recent studies have also documented methane emissions from abandoned oil and gas wells in Pennsylvania.

Shale gas exploitation can have environmental impacts long after a well has been abandoned. Provinces should implement regulations that require monitoring wells after abandonment, reporting the results and applying corrective measures to stop leaks from abandoned wells.

To this day, very few field investigations have been carried out in B.C. to directly monitor the leakage from abandoned wells. One showed that 35 per cent of investigated abandoned wells exhibit emissions of methane and hydrogen sulphide gas or a combination of both.

The discrepancy between the database reports and the field study — as well as recent observations that human-made methane emissions are underestimated by 25 per cent to 40 per cent — suggests that wellbore leakages in B.C. may go unreported. To improve health and environmental safety, active surveillance and monitoring are necessary.