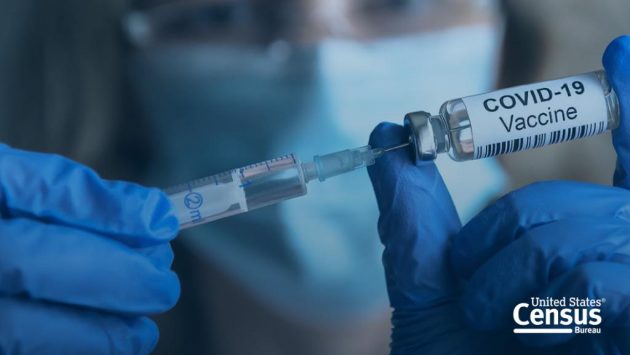 Australia’s vaccine rollout has so far been overhyped and under-delivered.

The first announcement, in August last year — that Australia had negotiated vaccine deals — set the tone for the rollout of “announceables”. Within hours, this initial announcement unravelled as it became clear it wasn’t a “deal”, but in fact a letter of intent.

The vaccine rollout has been characterised by four key mistakes, mainly caused by our leaders giving priority to a good political story over good policy.

Australians started the year in the happy position of having essentially eliminated domestic transmission of coronavirus. Australia didn’t have the high daily COVID death tolls of other countries, and so didn’t have the same sense of urgency about the speed of the vaccine rollout.

But this relaxed attitude — which federal health minister Greg Hunt called “a marathon not a sprint” — has continued for too long.

Delays in the rollout come with risks. We know the virus can escape hotel quarantine, and vaccination delays slow border reopenings and economic recovery.

Vaccination of hotel quarantine workers is especially important because it appears the vaccine protects against both severe disease and, to some extent, transmission. In these circumstances, vaccination of all quarantine workers should have been an urgent first priority. Health-care workers, especially those treating patients with COVID, was a logical second priority.

But given there wasn’t widespread community transmission of the virus, there was probably no reason for the federal government to scramble to vaccinate people in residential aged care early, especially as the vaccine was in short supply.

States should have been allocated all the vaccines to roll out first doses as quickly as possible to workers in hotel quarantine and on the health-care frontline.

On March 22 Hunt announced the second phase, which includes more than six million people, and encouraged people to call their GP to organise a vaccination. He made this announcement knowing Australia didn’t have enough vaccines to meet demand.

GPs hadn’t been warned of the impending tsunami of calls, nor did they know how many doses they would get and when. The federal government didn’t have a robust logistics system to ensure the right doses got to the right places at the right times. GPs were, rightly, extremely angry.

The logistics nightmares continue, with the federal government persistently failing to provide clarity about dose distribution to either states or GPs.

The federal government has seen the vaccine rollout not as a public health program but as a political issue, complete with the Liberal Party logo on a vaccine announcement. The focus has been on announcables and good news stories, with the glory to shine back on the government in the lead-up to an election.

This focus has meant the government’s initial priority was a rollout through GPs and, later, pharmacies.

Involvement of GPs was the right call — it’s good for doctors to provide a comprehensive range of services to their patients. But reliance on GPs was the mistake.

GP clinics rarely have the space for significant numbers of people waiting to be vaccinated and to be observed after being vaccinated. Mass vaccination requires large centres such as sports venues and town halls.

Despite adopting a slow, boutique strategy for rollout, the federal government still set ambitious goals. At one stage, Prime Minister Scott Morrison said the goal was four million people to be vaccinated by the end of March. Here we are in April, and he has delivered less than a fifth of that.

Some of the shortfall is due to problems with international supply chains. The European Union blocked some deliveries to Australia. The federal government should have immediately shared the implications of this with the public, but delayed disclosing the reality until forced to do so at Senate Estimates a week later.

Delivery of vaccines from the warehouses to states or GPs has been a debacle. Neither the states nor GPs knew from one week to the next how many vaccines they were due, which made planning impossible. GPs booked patients expecting hundreds of doses but got a fraction of that, causing massive extra work to cancel appointments.

States ended up with doses on hand that they haven’t been able to distribute to hospitals, and came under political attack from some members of the federal government. The tension mounted and the behind-the-scenes political disputes came out into the public domain as some states defended their performance.

The federal government’s original plan was to “underpromise and overdeliver”, according to Hunt. But the reverse is a better description of what has played out.

A more logical approach would have been to implement more phases, each with smaller numbers, and to make the phasing consistent with local production by CSL, which aims to manufacture about one million doses per week.

The biggest problem with the relentlessly optimistic political messaging is it makes it harder for the government to admit its mistakes, learn from them, and reset the rollout.

The government should engage with the states, not alienate them.

What’s more, it should set realistic targets to get vaccines into arms as quickly as possible and be prepared to admit when it falls short.