The U.S. argues the trade organization constrains America's ability to counter unfair trading practices by China and other countries

December 10, 2019
by Jamey Keaten And Paul Wiseman, The Associated Press

December 10, 2019
by Jamey Keaten And Paul Wiseman, The Associated Press 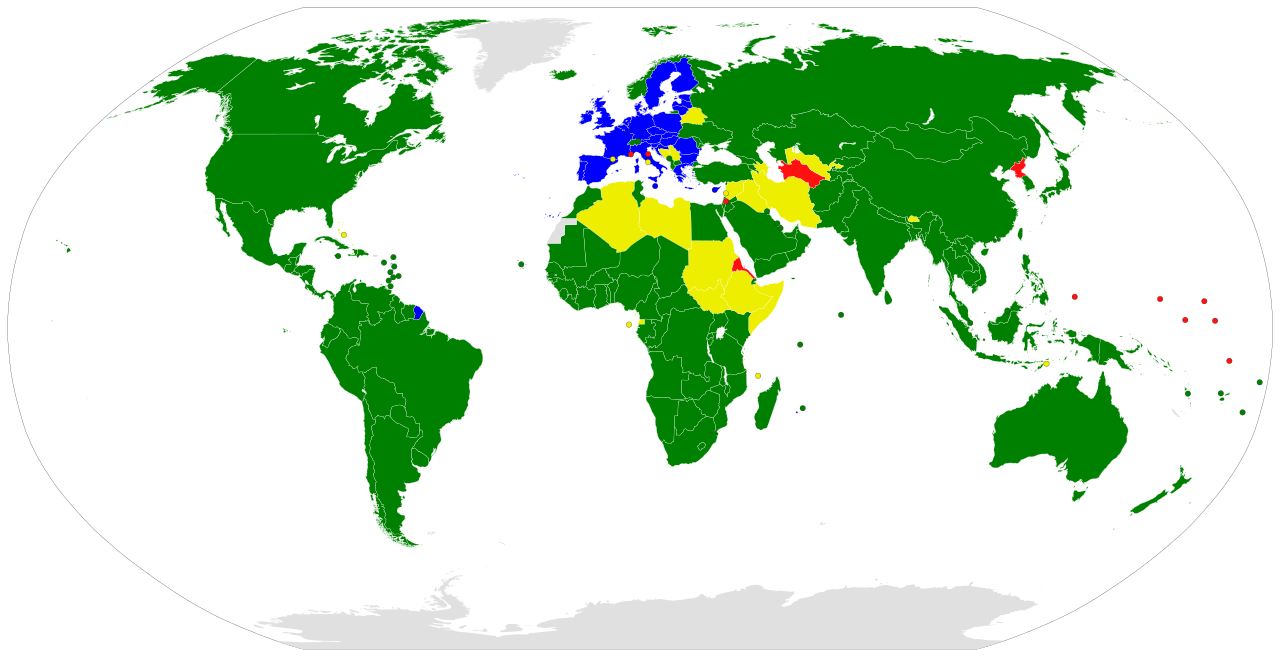 GENEVA – Global commerce will lose its ultimate umpire Tuesday, leaving countries unable to reach a final resolution of disputes at the World Trade Organization and instead facing what critics call “the law of the jungle.”

The United States, under a president who favours a go-it-alone approach to economics and diplomacy, appears to prefer it that way.

The terms of two of the last three judges on the WTO’s appellate body end Tuesday. Their departure will deprive the de facto Supreme Court of world trade of its ability to issue rulings.

Among the disputes left in limbo are seven cases that have been brought against Trump’s decision last year to declare foreign steel and aluminum a threat to U.S. national security and to hit them with import taxes.

The WTO’s lower court – its dispute settlement body – can hear cases. But its decisions will go nowhere if the loser appeals to a higher court that is no longer functioning.

Without having to worry about rebukes from the WTO, countries could use tariffs and other sanctions to limit imports. Such rising protectionism could create uncertainty and discourage trade.

“We are in a crisis moment for our global trading system,” said U.S. Rep. Stephanie Murphy, D-Fla, who sits on the House Ways and Means subcommittee on trade. “As of tomorrow, the court will cease to exist.”

The loss of a global trade court of final appeals, Murphy said, is “really dangerous for American businesses.”

The panel is supposed to have seven judges. But their ranks have dwindled because the United States – under Presidents George W. Bush, Barack Obama and Trump – has blocked new appointments to protest the way the WTO does business.

Trump and his top trade negotiator, Robert Lighthizer, are especially vociferous critics of the WTO. They argue that the trade organization constrains America’s ability to counter unfair trading practices by China and other countries.

Even other countries have complained about the WTO’s system for settling trade disputes. Critics say that cases take too long to resolve, that the panel often overreaches in its rulings and that the Geneva-based agency is ill-equipped to deal with the challenge posed by the Chinese economy’s unconventional blend of capitalism and state control.

Getting the WTO to reform is difficult because it requires consensus from its 164 member countries. Trump is willing to use America’s economic and political clout to shake things up in a way that smaller countries couldn’t.

“Where the United States is completely alone is the approach they’ve taken, (which) is to say: `We’re just going to blow this thing up,’ “ said Bernard Hoekman, an economist at the European University Institute.

The impending shutdown was met with dismay by several WTO member countries.

Zhang Xiangchen, China’s ambassador to the WTO, said in a statement that he was marking the occasion by wearing the black tie his wife had given him for funerals. Letting the “lights go out” at the appellate body, at least temporarily, Zhang said, is delivering what is “no doubt the most severe blow to the multilateral trading system since its establishment.”

In a statement released Tuesday, the EU commissioner for trade, Phil Hogan, said “this is a regrettable and very serious blow to the international rules-based trade system.”

The EU and other countries have been working to set up an ersatz appellate body – including some former members of the existing appeals panel – to arbitrate future trade disputes. But that’s just a stopgap. And it is uncertain how many countries might join in.

The WTO was set up in 1995 to write and regulate the rules of global trade. Earlier, countries had complained that the United States was using its clout as the world’s No. 1 economy to unilaterally impose trade sanctions and to strong-arm other countries into limiting exports to America. (During the Reagan administration, Lighthizer was involved in arranging such “voluntary export restraints.”)

For its part, the United States wanted more access to foreign markets.

The WTO’s dispute settlement process, including the Appellate Body, was meant to establish that written rules, not arbitrary power, governed global trade.

But the process has proved cumbersome. The appellate panel is notorious for missing deadlines, a problem that worsened as it lost judges. It is supposed to rule within 90 days but last year needed an average of 395 days to issue decisions.

Since 1995, 592 cases have been brought to the WTO (124 by the United States, the No. 1 complainant); the appellate body has issued 120 rulings, covering 162 of those cases. Most of the rest were dropped or resolved outside the WTO process.

Its shutdown, he said, would leave countries and companies contending with “the law of the jungle … the law of the strongest … and that will hurt us all.”

—Wiseman reported from Washington. Samuel Petrequin in Brussels contributed to this report.