Keeping crop shipments moving is vital to staving off shortages, but climate change, terrorism and a lack of infrastructure investment along key shipping routes could shatter the status quo 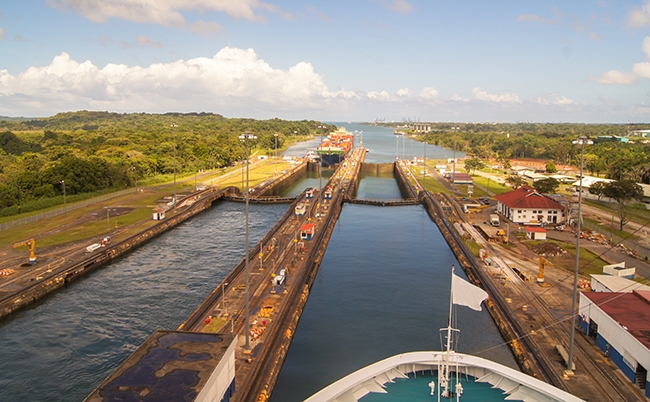 LONDON—Key chokepoints in the global supply chain, such as the Central America’s Panama Canal and the Strait of Malacca—the main maritime artery between the Indian and Pacific Oceans—pose a growing risk to the world’s food supply.

According to a new study from international affairs think tank Chatham House, a handful of disruptive hazards, from climate change and terrorism, to country-to-country disputes, could lead to devastating food shortages if trade volumes continue to rise as investment in infrastructure stagnates.

“While market forces have largely adjusted adequately until now, the capacity of international trade to correct for supply disruptions in a climate-changed world is less certain,” the report says.

The U.K.-based organization points to 14 separate chokepoints worldwide that are vital keeping store shelves adequately stocked around the world. Along with the Panama Canal and Strait of Malacca, it pointed to the Strait of Gibraltar, the Turkish Straits, the Suez Canal and a number of other inland transportation networks that ensure countries reliant on imports stay fed.

With just three crops—maize, wheat and rice—accounting for about 60 per cent of global food stores, keeping crop shipments moving is absolutely vital to staving off shortages. Particularly in regions that rely heavily on food imports, such as many countries in the Middle East and North Africa, as well as land-poor countries like Japan and South Korea, failure to alter the status quo could spell disaster, the report warns.

Chatham House notes that while minor disruptions at chokepoints are normal, climate change is expected to have a “compounding effect” at these key cargo arteries.

“If a hurricane comparable in ferocity to Hurricane Katrina in 2005 were to shut down U.S. exports from the Gulf of Mexico at the same time as extreme rainfall rendered Brazil’s roads impassable (the latter happened in 2013), up to 50 per cent of global soybean exports could be affected,” the report notes.

“If this in turn occurred in conjunction with a Black Sea heatwave similar to the one recorded in 2010, around 51 per cent of global soybean shipments, together with 41 per cent and 18 per cent of global maize and wheat exports respectively, could be halted or delayed.”

Along with risk of terrorism and state-to-state conflict—currently on display in the Middle East in the dispute between Qatar and its neighbours—the report says investment in transportation infrastructure lags behind demand growth along many of these key trade routes.

To address the laundry list of problems, the think tank proposed a number of solutions, including more international co-operation and strategic planning, increased infrastructure investment and significant contingency planning.