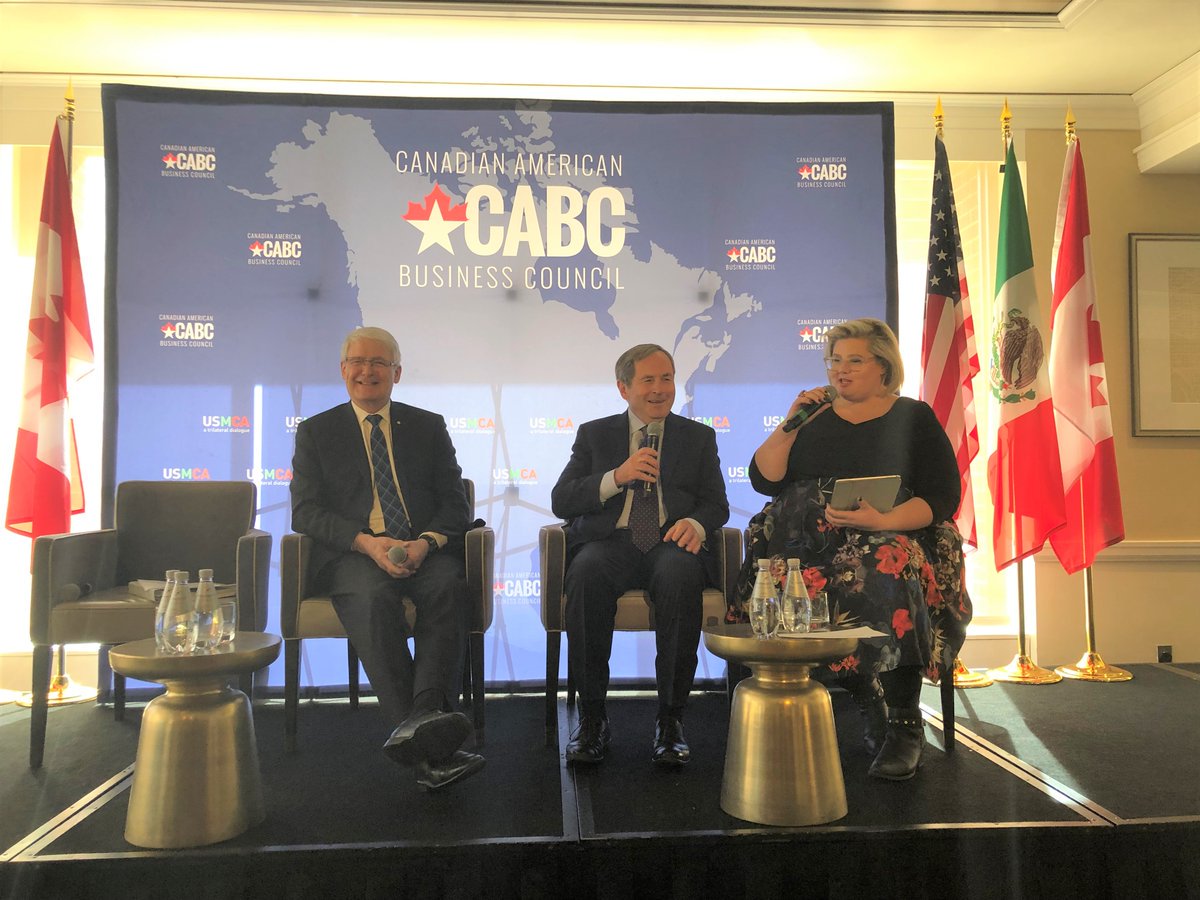 WASHINGTON—A long-awaited end to Canada’s steel-and-aluminum tariff nightmare could be just weeks away, says Ottawa’s ambassador to the United States—but David MacNaughton is playing coy about the source of his newfound optimism.

Along with Transport Minister Marc Garneau, MacNaughton was taking part in a panel discussion Thursday about the prospects of the new U.S.-Mexico-Canada Agreement when he abruptly declared that an end to U.S. tariffs on metals imported from Canada, which have been in place for nearly nine months, could soon be at hand.

When asked later to elaborate on his reasoning, MacNaughton clarified the possible timeline, but refused to explain beyond the suggestion that the anti-tariff narrative driving Canada’s ongoing “charm offensive” in Washington and elsewhere is finally starting to sink in.

“It is obviously difficult to predict accurately exactly what is going to happen here—there are many moving parts, there are other distractions—but I’m confident that we’re going to get there in the next few weeks,” he said.

“When you look at the number of people in the United States who are talking about why these tariffs have to go … this is hurting Americans, and I think there’s enough pressure building that we can find a resolution to this.”

On Tuesday, MacNaughton was in Ottawa when he indicated that he’s hearing complaints from some U.S. quarters about the ongoing impact of Canada’s retaliatory tariffs— “countermeasures” that have been targeting some $16.6 billion in U.S. imports, largely from politically key states, since the summer.

And Foreign Affairs Minister Chrystia Freeland pressed for an end to the tariffs when she met last week with House Speaker Nancy Pelosi on the margins of the Munich Security Conference in Germany.

MacNaughton and Garneau were just two of the past and present lawmakers, diplomats and business leaders from Canada, the U.S. and Mexico gathered in Washington to explore when Congress might get around to debating the merits of the USMCA.

Both said Thursday they remain confident that U.S. lawmakers will eventually ratify the U.S.-Mexico-Canada Agreement, although when remains an open question.

Donald Trump was, of course, top of mind for many. Former New York congressman Joe Crowley, who lost his nomination last year to rising Democrat star Alexandria Ocasio-Cortez, blamed the president for having “weaponized” the issue of trade, a tactic that he blamed for alienating two of America’s most important allies.

“How he treated Mexico, how he has treated our closest friend in the world, Canada, and how he has brought them to the table in the way in which he has, I think also has left a lot of people unsettled, especially Republicans,” Crowley said.

“I know that people know where Democrats are. I kind of want to know where Republicans are today, because the president has made the issue of trade—something that has been very associated with Republicans—a very toxic issue for some of them.”

Gordon Giffin and Jim Blanchard, two former U.S. ambassadors to Canada, shared a panel with former Canadian envoy Gary Doer, all three of whom called on the White House to lift its tariffs on steel and aluminum. They also agreed the new trade deal can’t be passed until those tariffs are removed.

Tariffs aside, a number of Democrats and Republicans say they won’t vote for NAFTA 2.0 in its current form.

Democrats say the agreement lacks labour and environmental enforcement, and some don’t like its extended drug-patent protections. U.S. officials say those congressional concerns will have to be dealt with in so-called side letters or the bill Congress votes on to enact the deal.

MacNaughton also put to rest two other persistent questions in Ottawa, including lingering fears that notwithstanding the new NAFTA, Canada could be sideswiped if Trump imposes national-security tariffs on auto imports in the wake of a Commerce Department report that explores the ramifications of such a move.

A side letter on autos that was negotiated as part of the USMCA is in full force and effect, and doesn’t require ratification, MacNaughton said.

He also described as “fake news” the speculation that he might be poised to replace Gerald Butts as Prime Minister Justin Trudeau’s principal secretary, who resigned Monday.

“I have lots to do here, with a great team at the embassy, and I look forward to continuing to do the job here,” said MacNaughton, who once held the same title in the office of former Ontario premier Dalton McGuinty. “I have no intention of taking a job in Ottawa.”