Discussions with Mike Pompeo will centre around Canada-U.S. co-operation, as well as security and foreign policy matters 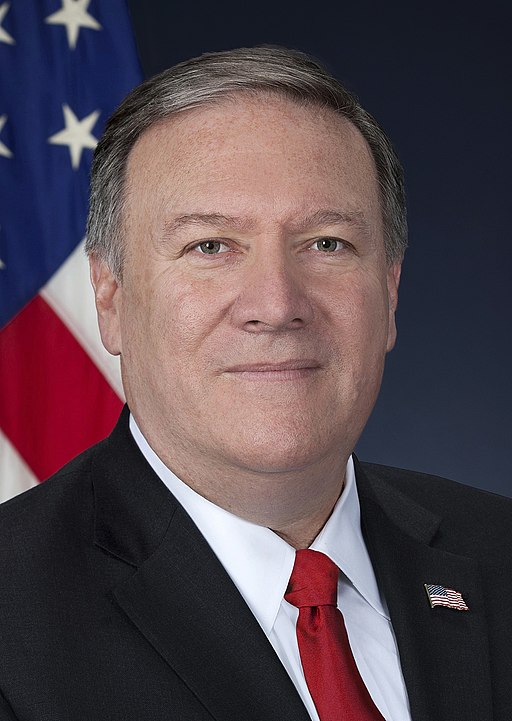 OTTAWA – U.S. Secretary of State Mike Pompeo met with Prime Minister Justin Trudeau Thursday ahead of the upcoming G7 summit, tackling a number of hot-button issues, including relations with China and the detention of Canadians Michael Kovrig and Michael Spavor there.

Ahead of the sit down on Parliament Hill that marks his first official visit to Canada, Pompeo said it is wrong the two continue to be held.

“Please do know our team is focused on helping those two Canadians be released,” he said at a brief photo opportunity with Trudeau and Foreign Affairs Minister Chrystia Freeland.

“China needs to honour the commitments it’s made to the world and it is our expectation they’ll do so. We are working on it diligently.”

Trudeau thanked the U.S. for its support in that regard, and said he looked forward to discussions about how they could move ahead with getting the two men released.

Both Canada and the U.S. are locked in differing battles with Beijing – the Americans over trade issues, primarily, while Canada is in a diplomatic dance over the detention of Kovrig and Spavor in China and that of Huawei executive Meng Wanzhou here.

Meng is awaiting extradition to the U.S. to face allegations of fraud in violating Iran sanctions.

The Trudeau Liberals and the Chinese government have traded jabs since Canada’s joint statement with the European Union on the current unrest in Hong Kong over the weekend.

The Chinese government has effectively told Canada to butt out, and that its internal affairs are none of Canada’s business.

Trudeau fired back Wednesday during a speech on foreign policy where he emphasized Canada wasn’t going to back down, not on the case of Kovrig and Spavor, and not on the need to safeguard the human rights and freedoms of the 300,000 Canadians in Hong Kong and the rest of the people there.

The Chinese government issued a rebuttal Thursday, reiterating that the difficulties in China-Canada relations is Canada’s fault and linked to Wanzhou’s detention.

“Loudness is not necessarily persuasive and people can tell right from wrong,” foreign ministry spokesperson Geng Shuang said, according to an English transcript of a news conference published online.

“We urge the Canadian side to reflect upon its wrongdoing, take China’s solemn position and concerns seriously, immediately release Ms. Meng Wanzhou and ensure her safe return to China.”

China is likely to be on the agenda when the G7 countries meet in France this weekend for their annual summit. The last one took place in Canada and ended in a tense spat between Trudeau and U.S. President Donald Trump over trade issues.

Trudeau said he was pleased to welcome Pompeo for the talks ahead of the meeting, noting there was much ground to be covered.

“We’ll also be talking about trade, and how important it is to continue to create a global trading system that works for everyone, including our countries.”

Getting the new U.S.-Mexico-Canada trade deal into action is important, Pompeo said.

“We need to get it done. We need Parliament’s vote to ratify that, it will be good for people all across North America,” he said.

The support of the U.S. Congress is also still required. Mexico has already ratified the deal.

After his meeting with Trudeau, Pompeo visited the National War Memorial to lay a wreath, before moving onto a series of meetings with Freeland.

Pompeo also wants to talk about U.S. efforts to put together a coalition in order to protect ships in the Strait of Hormuz from the Iranian regime, and how to restore democracy to Venezuela.