Foreign Affairs Minister Chrystia Freeland says removal of U.S. steel and aluminum duties was top of mind at her meeting with U.S. Secretary of State 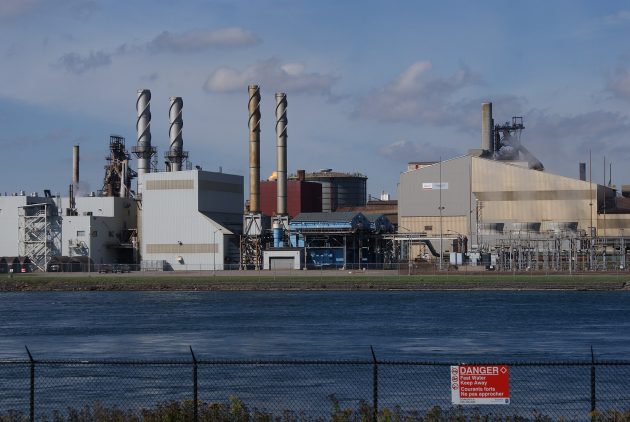 OTTAWA – The metals tariffs the U.S. imposed as leverage in the contentious NAFTA talks were “improper” in the first place, Foreign Affairs Minister Chrystia Freeland says, and they’re no longer required because all three North American countries now have a deal.

Freeland said Thursday the continued existence of the steel and aluminum duties makes ratifying the new continental trade pact unpalatable for many Canadians – remarks that cast further uncertainty over the fate of the new trade deal signed but not yet ratified by Canada, the U.S. and Mexico last fall.

President Donald Trump unleashed a provision of U.S. trade law – Section 232 of its Trade Expansion Act – that gives the president the authority to impose tariffs on national-security grounds because he was frustrated by the slow pace of the talks.

Even though it was improper for the U.S. to use Section 232 as a bargaining chip, Freeland argued that’s now a moot point because all three countries have finished negotiating the deal.

“Now 232 was never meant to be a tool to be used as any kind of leverage. That would be a very improper use of it,” Freeland said in Washington on Thursday ahead of a NATO meeting. But she added that the Americans “were quite explicit that that was the intention” when the tariffs were imposed.

“How can that be relevant today when it comes to Canada? The deal is done. No more leverage is needed,” Freeland said. “So both on the national-security grounds and when it comes to the notion that there could be some sort of negotiating purpose served by 232, we really think this is groundless.”

The minister made the remarks at the U.S. State Department, where she was attending a meeting of ministers in the NATO transatlantic military alliance.

“Standing here in the U.S. State Department, a few minutes before the NATO meeting celebrating the 70th anniversary of this great alliance, I think underscores the absurdity of those 232 steel and aluminium tariffs,” Freeland said. “For Canadians, that absurdity is cast in even starker relief by the fact that we now have a trade agreement.”

“During the meeting, the minister made it clear that the application of Section 232 on imports of Canadian steel and aluminum is unjustified and urged the United States to drop these tariffs,” her office said in a statement.

However, the discussion of tariffs did not warrant a mention in the readout of their conversation released Thursday by Pompeo’s office. The summary detailed a long list of pressing international-security concerns, from NATO burden sharing to the Canadians imprisoned in China, the Venezuelan crisis, and tensions with Iran and North Korea.

Before departing Ottawa for Washington on Wednesday, Freeland said pushing the U.S. for tariff removal was a top priority for her and her cabinet colleagues. Transport Minister Marc Garneau and Bill Blair, the federal minister of border security, pushed their U.S. counterparts on the issue in recent meetings.