Global steel trader Liberty House was among the first to express an interest in Tata, which announced plans to sell its U.K. businesses in March. 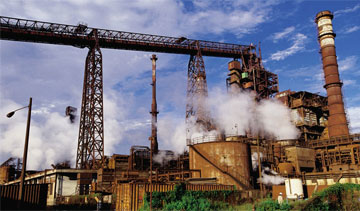 LONDON—Commodities trading firm Liberty House has confirmed that it will bid for Tata Steel’s available assets in the U.K., including the Port Talbot plant in south Wales.

The company was among the first to express an interest in Tata, which announced plans to sell its U.K. businesses in March.

India-based Tata says it is losing 1 million pounds ($1.4 million) a day at Port Talbot amid high costs and a glut of cheap Chinese steel in global markets.

The government has said that it was prepared to take a 25-per cent stake in any rescue of Tata, mindful of the 4,000 people who work at Port Talbot alone.

Liberty said May 3 that it has a strong “internal transaction steering committee and panel of leading external advisers to take the bid forward.”