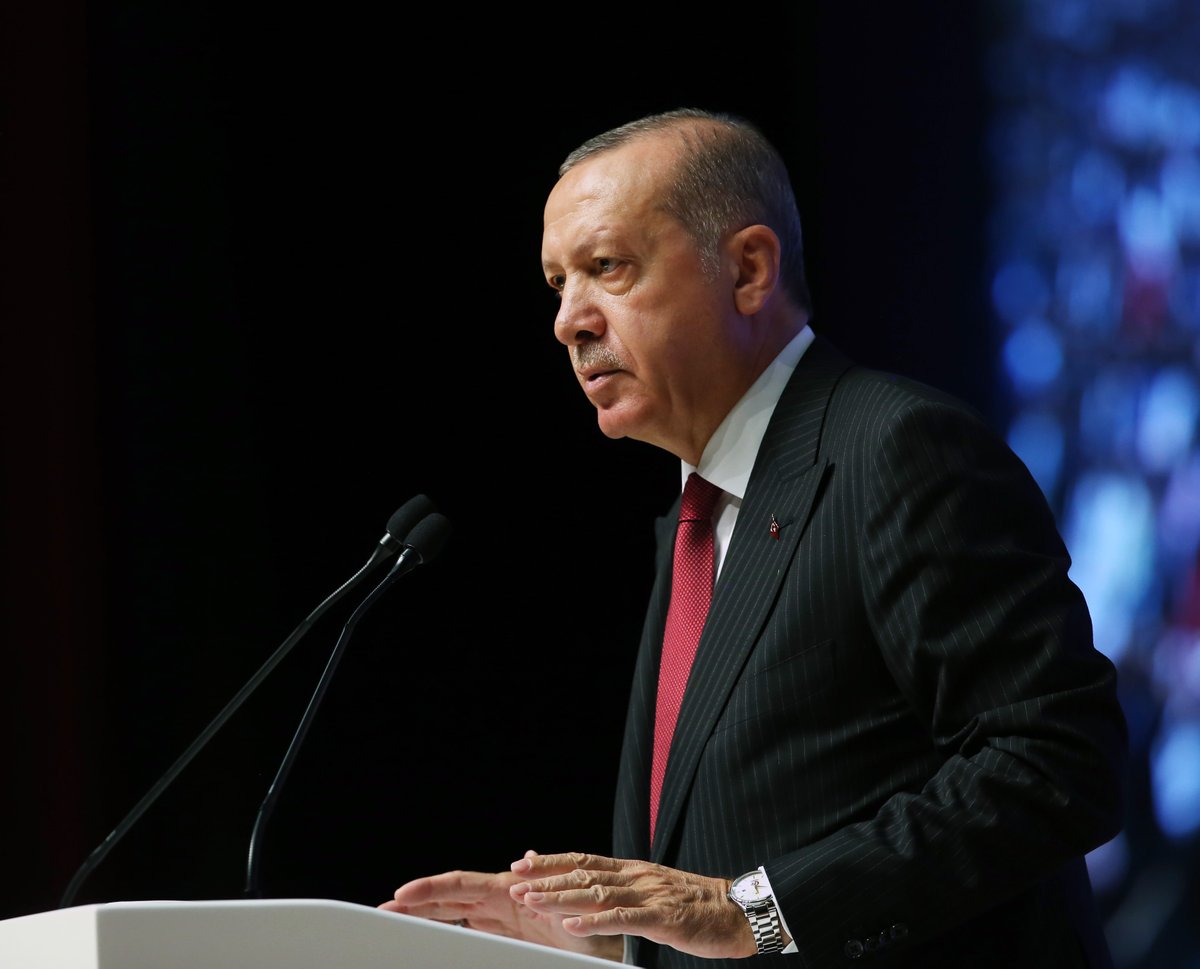 ANKARA, Turkey—Turkey’s president appeared to escalate a dispute with the United States that has helped foment a Turkish currency crisis, claiming Tuesday that his country will boycott U.S.-made electronic goods. Behind the scenes, however, diplomats resumed contact to ease tensions.

Addressing a conference of his ruling party faithful in the capital, Recep Tayyip Erdogan added fuel to the spat with the U.S., even as local business groups called on his government to settle the dispute through talks.

Investors seemed to look through the fiery rhetoric, pushing the lira off record lows on confirmation that Turkish and U.S. government officials met on Monday.

“We will implement a boycott against America’s electronic goods,” Erdogan told the conference. He suggested Turks would buy local or Korean phones instead of U.S.-made iPhones, though it was unclear how he intended to enforce the boycott.

The move is seen as retaliation for the United States’ decision to sanction two Turkish ministers over the detention of an American pastor on terror-related charges, and to double tariffs on Turkish steel and aluminum imports.

Behind the scenes, however, diplomatic dialogue appears to have resumed. Turkey’s state-run news agency and U.S. officials say U.S. National Security adviser John Bolton had met with the Turkish ambassador to Washington on Monday.

That helped ease the turmoil in financial markets, with the Turkish lira stabilizing near record lows. It was up 5 per cent on Tuesday, at about 6.55 per dollar, having fallen 42 per cent so far this year, with most of those losses coming in recent weeks.

Investors are worried not only about Turkey’s souring relations with the U.S., a longtime NATO ally, but also Erdogan’s economic policies and the country’s high debt accumulated in foreign currencies. Independent economists say Erdogan should let the central bank raise interest rates to support the currency, but he wants low rates to keep the economic growth going.

In a joint statement issued Tuesday, the industrialists’ group TUSIAD and the Union of Chambers and Commodity Exchanges called on the government to allow the central bank to raise interest rates to help overcome the currency crisis.

The business groups also urged diplomatic efforts with the United States and an improvement in relations with the European Union, which is Turkey’s major trading partner.

The finance chief is due to address hundreds of foreign investors on Thursday in a teleconference, the state-run Anadolu Agency said.

Meanwhile, the lawyer representing Andrew Brunson, the American pastor at the centre of the dispute, renewed an appeal for his release from house arrest and for a travel ban imposed on him to be lifted. It was not clear when the court would consider the appeal.

Brunson, 50, is being tried on espionage and terror-related charges, which he and the U.S. government vehemently deny. Although he was released to home detention, he faces a prison sentence of up to 35 years if he is convicted at the end of his ongoing trial.

Russian foreign minister Sergey Lavrov voiced support for Turkey during a joint news conference with his Turkish counterpart in Ankara, saying that the United States’ increased use of sanctions will erode the dollar’s role as the top reserve currency.

Lavrov said the wide use of sanctions reflect Washington’s desire to win domination and secure unilateral advantages for its businesses. He said that Russia and Turkey have set a goal to switch to national currencies in mutual trade.

Independent economists caution it would be difficult to unseat the dollar as the top reserve currency as it is used widely in the global economy, for example to trade in oil and for commercial deals.

“We view the policy of sanctions as unlawful and illegitimate, driven mostly by a desire to dominate everywhere and in everything, dictate policies and call shots in international affairs,” Lavrov said. “Such policy can’t be a basis for normal dialogue and it can’t last long.”

“Such rude abuse will erode the U.S. dollar role and prompt an increasing number of countries, including those not affected by sanctions yet, to rely on currencies issued by more reliable partners,” he said.

Erdogan on Tuesday again maintained that Turkey’s economy was under attack and that the currency turmoil did not reflect the economy’s strength. He renewed a call on Turkish citizens to convert their dollars into the local currency.

“Believe me, if we divert our money to foreign currency … then we will be in the position of having surrendered to the devil,” Erdogan said.

A group of small business owners earlier gathered in front of a currency exchange office in Ankara to change dollar bills they held in their hands in a show of support for Erdogan, local media reports said.

In Istanbul, 35-year-old Sukru Gumus, one of millions of Turks grappling with the country’s economic crisis, said the crisis was raising costs for his business.

The owner of a store that sells goods for brides-to-be said the lira’s devaluation against foreign currencies has affected his ability to import goods.

“Most of the products we sell come from abroad, the raw materials… That’s why we are directly impacted in an extreme way.”