The two sides are to meet for the ninth time, with analysts expressing optimism that an agreement is within reach 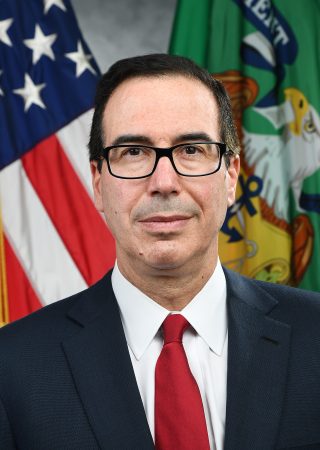 WASHINGTON – The Trump administration on Wednesday will resume negotiations with China toward ending a trade war that has deepened uncertainty for businesses and investors and dimmed the outlook for the global economy.

The two sides are to meet for the ninth time, with analysts expressing optimism that the world’s two biggest economies might be near some kind of agreement. Negotiators met in Beijing last week in talks that Treasury Secretary Steven Mnuchin described as “constructive.” Now, Vice Premier Liu He, a close confidante of President Xi Jinping, is leading a Chinese team to Washington.

“We have been encouraged by the tone of the negotiations,” Myron Brilliant, head of international affairs at the U.S. Chamber of Commerce, told reporters Tuesday.

Brilliant estimated that the two sides are 90% of the way to an agreement but cautioned that “the last 10% is the hardest part, the trickiest part.”

At the heart of the dispute are the Trump administration’s allegations that China steals technology and coerces U.S. companies to hand over trade secrets – all part of Beijing’s zeal to overtake U.S. technological dominance. To pressure China, the United States has imposed tariffs on US$250 billion in Chinese goods. The Chinese have counterpunched by taxing $110 billion in U.S. imports.

Forecasters at the World Bank and International Monetary, among others, have downgraded their outlook for the global economy, partly because the U.S.-China rift is damaging trade and causing businesses to slow their investment until they know how the dispute will end.

Analysts say two major sticking points, in particular, stand in the way of any agreement.

First, Trump wants to preserve at least the 25% tariffs he has imposed on $50 billion in Chinese imports as a way to maintain leverage over Beijing. China wants those sanctions lifted.

Second, the two sides must develop a mechanism to ensure that China honours any commitments it makes in an agreement. The administration complains that China has repeatedly failed to keep promises it made in previous trade talks.

The Chinese are widely expected to agree to buy substantially more American products – likely including soybeans and natural gas – to help narrow the United States’ trade deficit in goods and services with China, which hit a record $379 billion last year. America’s trade deficit with China has been a chronic complaint of Trump, although many economists say a bilateral trade gap is relatively insignificant.

Congressional Democrats and others have warned Trump against reaching any agreement that settles for more U.S. exports to China without also requiring Beijing to adopt serious economic reforms.

Christopher Adams, a former China specialist at the Treasury Department and the Office of the U.S. Trade Representative who is a senior adviser at the Covington & Burling law firm, added: “There has to be something substantive on the structural issues. Otherwise, the criticism will be severe.”

Whatever negotiators agree to, analysts say, they are unlikely to end the long-standing tensions between America’s mostly open, capitalist economy and a Chinese economy in which the Communist Party and the central government command the dominant role.

Even with a deal, Adams said, “a lot of the underlying issues will still be with us unresolved because they’re rooted in fundamental differences between the US and Chinese systems.”