by Susannah George And Zeke Miller, The Associated Press  August 7, 2018 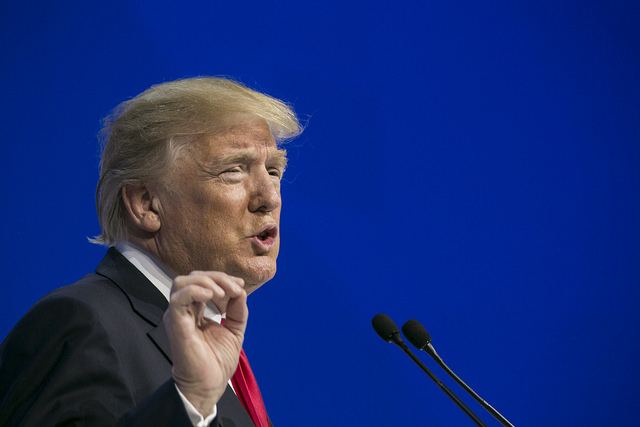 WASHINGTON—U.S. sanctions that kicked in early Tuesday against Iran are meant to pressure Tehran’s government into retreating from its support for international terrorism, its military activity in the Middle East and its ballistic missile and nuclear-related programs, President Donald Trump’s national security adviser said.

The first set of U.S. sanctions that had been eased under a landmark Iran nuclear accord target financial transactions involving U.S. dollars, Iran’s automotive sector, the purchase of commercial airplanes and metals, including gold.

Additional sanctions on Iran’s oil sector and central bank are to be reinstated in early November.

The sanctions went back into effect under an executive order Trump signed three months after he pulled the U.S. out of the 2015 international accord limiting Iran’s nuclear activities. Trump called the deal, signed by the Obama administration, “horrible.”

John Bolton, the U.S. national security adviser, said Tuesday that the intent of sanctions is not to bring about Iranian “regime change.”

“But we definitely want to put maximum pressure on the government, and it’s not just to come back to discuss fixing a deal that’s basically not fixable, dealing with the nuclear weapons aspect,” Bolton said Tuesday on Fox News. “We want to see a much broader retreat by Iran from their support for international terrorism, their belligerent activity in the Middle East and their ballistic missile, nuclear-related program.”

“There’s a lot going on here that Iran needs to be held accountable for,” he said.

“I am asking for WORLD PEACE, nothing less!”

The stiff economic sanctions ratchet up pressure on the Islamic Republic despite statements of deep dismay from European allies. Trump said the landmark deal left the Iranian government flush with cash to fuel conflict in the Middle East.

Iran accused the U.S. of reneging on the agreement and of causing recent Iranian economic unrest. European allies said they “deeply regret” the U.S. action.

As the sanctions loomed, Trump said in a statement Monday: “We urge all nations to take such steps to make clear that the Iranian regime faces a choice: either change its threatening, destabilizing behaviour and reintegrate with the global economy, or continue down a path of economic isolation.”

Trump warned that those who don’t wind down their economic ties to Iran “risk severe consequences.”

Despite Trump’s claims, European Union foreign policy chief Federica Mogherini and the foreign ministers of France, Germany and the United Kingdom said in a statement that the accord “is working and delivering on its goal” of limiting Iran’s nuclear program.

The ministers said the Iran deal is “crucial for the security of Europe, the region and the entire world” and the European Union issued a “blocking statute” Monday to protect European businesses from the impact of the sanctions.

A senior administration official, briefing reporters under ground rules requiring anonymity, said the United States is “not particularly concerned” by EU efforts to protect European firms from the sanctions.

Bolton denied any worsening of U.S. relations with Europe, saying the administration has been in “constant communication with them” over the issue.

“We all still share the same objective of making sure that Iran doesn’t get deliverable nuclear weapons,” he said.

Iranian President Hassan Rouhani said Iran still can rely on China and Russia to keep its oil and banking sectors afloat. Speaking in a television interview, he also demanded compensation for decades of American “intervention” in the Islamic Republic.

Months of uncertainty surrounding the sanctions have already further hurt Iran’s economy. The country’s rial currency has tanked, and the downturn has sparked protests across the nation.

The “Trump Administration wants the world to believe it’s concerned about the Iranian people,” Iranian Foreign Minister Mohammad Javad Zarif said on Twitter. But, he said, the re-imposed sanctions would endanger “ordinary Iranians.”

“US hypocrisy knows no bounds,” he said.

U.S. officials insisted the American government stands with the people of Iran and supports many of their complaints against their government.

Secretary of State Mike Pompeo said sanctions are an important pillar in U.S. policy toward Iran and will remain in place until the Iranian government radically changes course.

Israeli Prime Minister Benjamin Netanyahu, a firm foe of the Iranian government, said the sanctions symbolize “the determination to block Iran’s regional aggression as well as its continuous plans to arm itself with nuclear weapons.”

The U.S has long designated Iran as the world’s foremost state sponsor of terrorism.