Trump went after France on several fronts in tweets Tuesday, including blasting tariffs on its emblematic wine 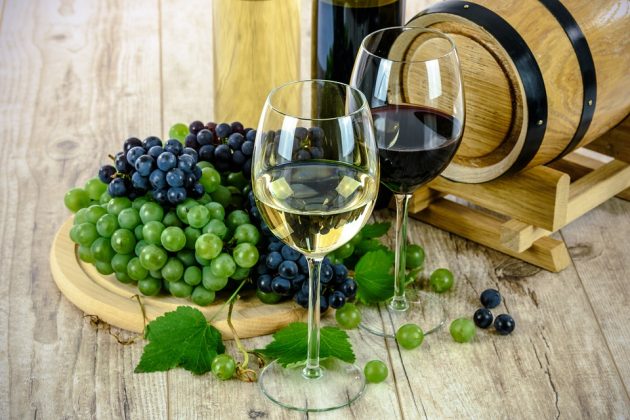 PARIS—U.S. President Donald Trump is partly right but far from completely correct when he says that France’s “big tariffs” make it hard for American vintners to sell their wines to the French.

Wrong because customs duties on imported wines are applied not by France but by the European Union. Right because American tariffs are “globally” less than what Europe charges, the French customs authority says.

Prices aside, wine made in the U.S. is apparently appreciated in the European Union—the world’s premier importer—and in France, where the value of wine imported has risen 200 per cent between 2008 and 2017, according to the French Federation of Wines and Spirits Exporters.

Trump went after France on several fronts in tweets Tuesday, including blasting tariffs on its emblematic wine.

“On Trade, France makes excellent wine, but so does the U.S.,” Trump tweeted. “The problem is that France makes it very hard for the U.S. to sell its wines into France, and charges big Tariffs, whereas the U.S. makes it easy for French wines, and charges very small Tariffs. Not fair, must change!”

French tariffs as such don’t exist. Tariffs are set by the European Union “in the same conditions” as wines imported from most countries and are applied by all EU countries, the French exporter group said in an email.

“This tariff has not evolved in 20 years,” it said.

The alcohol level helps determine tariffs on non-EU wine imported into European countries, with a higher duty as the alcoholic volume rises, Lionel Briand, communications chief for the French Customs office, said in an email. Alcoholic content is also factored into U.S. tariffs, along with the size of the wine’s container.

“American products are not submitted to a distinct duty but to the same duties as all third countries,” those outside the EU, Briand added.

The gap in duties is narrower for red wine with an alcohol content of 14.5 per cent.

Bulk wines are another story—the U.S. tariff is double the EU one, a break for American producers since bulk wine represents 25 per cent of the volume of U.S. wine coming into the EU, according to the French exporter federation.

Still, “the level of customs duties applied by the United States to (imported) wine is globally weaker than EU duties for the same products,” Briand of the Customs office said.

And Americans clearly like French wine. The United States is the leading importer of French wines by value, taking in 1.67 billion euros worth of French wines between Aug. 2017 and July 2018, according to FranceAgriMer, which works under the French Agriculture Ministry. That is up 30 per cent compared to five years ago.

Related: Trump suggests France would have been defeated without US [PLANT]