Trump lays out plan for first 100 days: vows to pull out of TPP, but silent on NAFTA

President-Elect says he will bring jobs, industry "back onto American shores," lift restriction on shale oil and coal 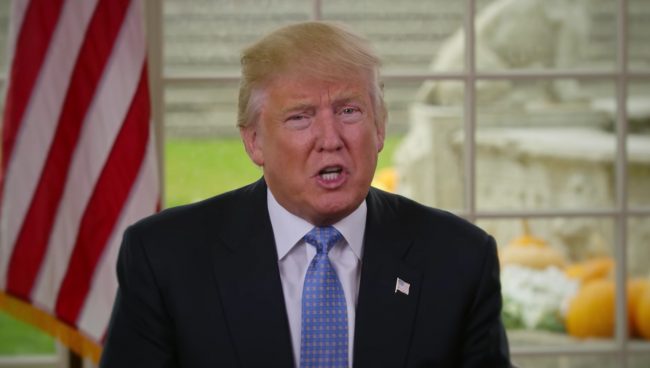 WASHINGTON—Two weeks after his stunning election win, President-Elect Donald Trump has laid out his agenda for his first 100 days in office.

And topping the bill on Day One, Trump said he will issue a notification of intent to withdraw from the 12-nation Trans-Pacific Partnership, a free trade deal he criticized throughout the campaign and called a “potential disaster” for the U.S.

“My agenda will be based on a simple core principle: putting America first,” Trump said in a White House transition video released via YouTube. “Whether it’s producing steel, building cars or curing disease, I want the next generation of production and innovation to happen right here in our great homeland.”

In place of the TPP, Trump said the U.S. will negotiate “fair, bilateral trade deals that bring jobs and industry back onto American shores.”

Still, political opponents and economists have warned Trump’s pledge to bring manufacturing jobs back to Middle America is “completely implausible.”

Trump’s firm stance on TPP puts the trade deal at immediate risk; yesterday Japanese Prime Minister Shinzo Abe said with U.S. involvement, the agreement was “meaningless.” The trade deal was firmed up earlier this year, but has yet to be ratified.

The President-Elect did commit to several other executive actions, however.

Trump said he will cancel “job killing” restriction on the production of American energy, including shale oil and clean coal, which would likely put certain aspects of President Barack Obama’s Clean Power Plan at risk.

Among other initiatives, Trump also said he would require two old regulations to be eliminated for each new regulation passed.

Related Stories
Trump vows to tear up NAFTA, launch a slew of new tariffs, compares TPP to rape
Japan ratifies TPP despite Trump’s pledge to reject it
Trump’s 35 per cent tariff plan facing push back by his own party
Trump takes credit for Ford’s plan to keep a Lincoln plant in Kentucky
Manufacturing In Focus