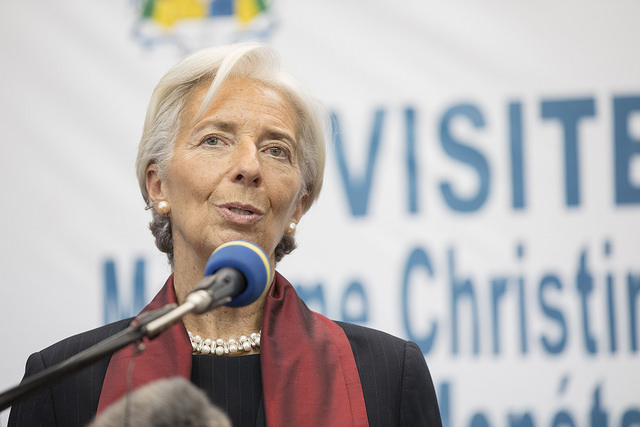 “That’s a tightening that is going to be difficult on the global economy and for which economies have to prepare,” Lagarde said during an event at the World Government Summit in Dubai.

Asked how the world missed Trump’s rise and the United Kingdom’s vote to leave the European Union, Lagarde described a creeping, “insidious” push toward anti-globalization and protectionist thought.

“We have been saying globalization is great, international trade is great—and it is,” she said. “But we have not looked at those who were badly, negatively impacted.”

She blamed those negative impacts in part on the rise of robots taking jobs, as well as the shrinking gains of the global middle class.

Lagarde cautiously sidestepped questions on her thoughts about Trump being in the White House by saying “this is really a work in progress—there’s been of announcements, a lot of tweets, a lot of things being said.”

Still, she stressed the importance of data and facts in making decisions.

“I know it’s not fashionable at the moment, but I think that facts, figures (and) actual assessment of the reality matter and that we have to be honest about it,” she said.