The PM appeared to rediscover some of his swagger on his whirlwind 10-day trip. While he didn't secure any concrete business deals, he did make a concerted effort to promote Canadian trade interests in Paris, London and Lima 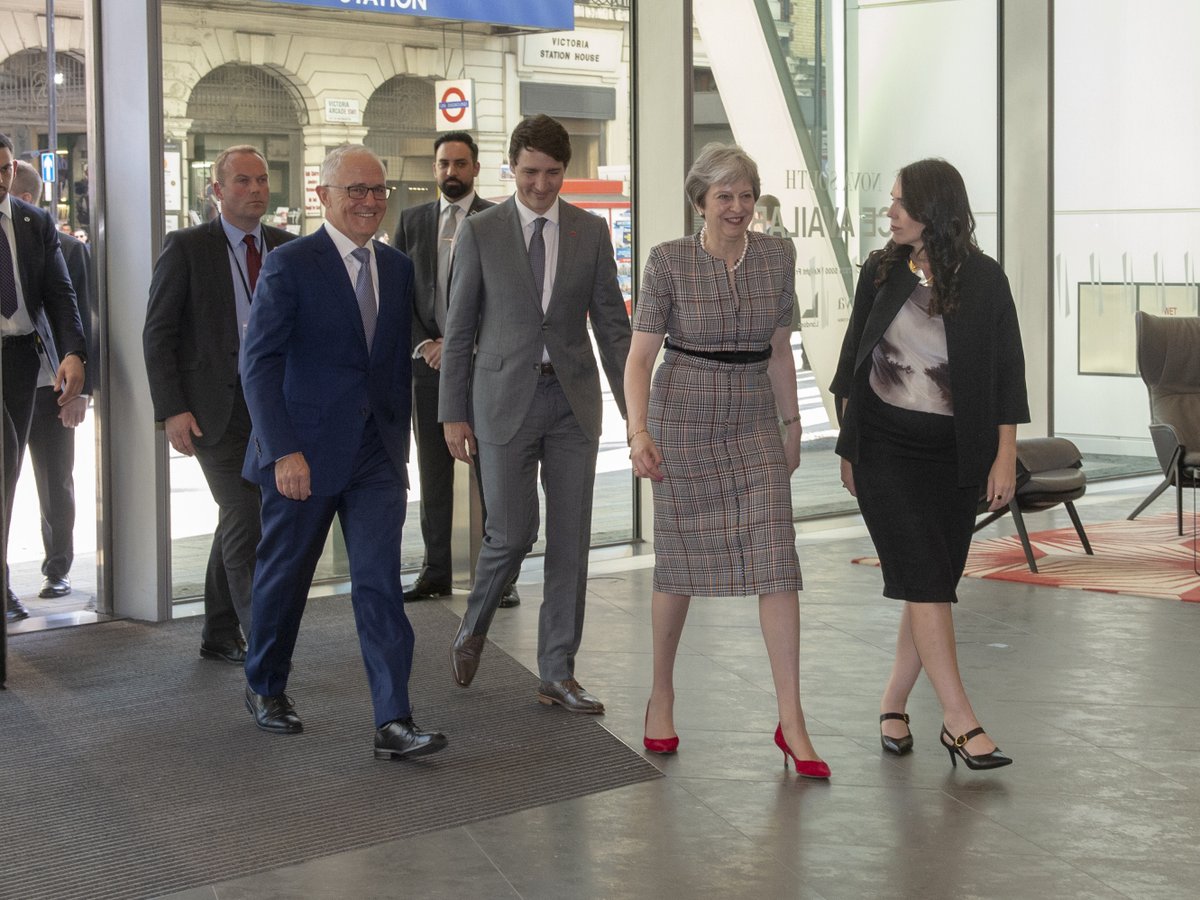 LONDON—Justin Trudeau is heading home from a lengthy, three-country foreign tour in which the prime minister appeared to recapture his international mojo and reassert several key alliances, but didn’t sign off on any big deals or declarations.

When the 10-day trip to Peru, France and the U.K., with a quick stop in Ottawa, started last week, one of the top questions was whether Trudeau could rediscover his footing on the world stage after recent controversies in China and India.

This time, there were no eye-catching outfits as Trudeau stuck to tried-and-true business suits and, on occasion, his patented button-up shirt and rolled-up sleeves as he met with world leaders, industry representatives and students.

There were no noticeable gaffes or tensions as the prime minister pushed his progressive trade agenda, women’s rights and ocean protection while issuing warnings against rising authoritarianism and inequality around the world.

Mixed with those higher ideals were closed-door discussions—first in Peru with Mexico and the United States about the North American Free Trade Agreement; and then in the U.K. about Russia, Syria and cybersecurity.

The prime minister didn’t make it easy on himself, either, as he flew briefly back to Ottawa from Peru to meet with the premiers of Alberta and B.C. on the Trans Mountain pipeline, and then onto France, rather than directly to Paris as originally planned.

Yet that stop back home may have represented the most concrete outcome as Trudeau announced plans to draft legislation affirming federal jurisdiction over the pipeline and negotiations with Kinder Morgan for financial support for the project.

In Peru, just hours after meeting Trudeau, U.S. Vice-President Mike Pence did predict a new NAFTA within several weeks. In Paris, Canada and France agreed to co-operate and push other countries to honour their commitments under the Paris climate agreement.

In London, the prime minister also joined his counterparts from Britain, Australia and New Zealand to reaffirm their tight-knit global security alliance.

And Trudeau reportedly used every opportunity to promote Canada’s G7 priorities and bid for a UN Security Council seat. That included in meetings on the sidelines of the Summit of the Americas in Peru and a Commonwealth leaders’ summit in London with leaders from Chile, Peru, Argentina, New Zealand, Rwanda, Kenya, South Africa and the Caribbean.

However, there were no significant business deals, despite a high-profile address to industry leaders in Peru and several meetings in Paris and London. There were minor foreign-aid announcements.

Trudeau did have some bold moments, such as when he used his speech to the French National Assembly to make the case for the Canada-EU free trade deal—to the anger of some French MPs and approval of others.

He was also unapologetically tough on the Venezuelan government, which he described as a murderous, authoritarian regime. And he was critical of the Commonwealth—or at least some of its members—for not championing LGBTQ rights.

But the prime minister was ambiguous in a variety of other areas, including his plans to fight plastic waste in oceans and whether Russian hackers were a threat to average Canadians.

And despite touting democratic ideals, there was no mention of human rights as he met with Rwandan President Paul Kagame, who has been accused of growing authoritarianism. He also veered away from any significant criticism of Cuba.

Supporters will likely say that the trip was a success as the prime minister met key allies and advanced Canada’s interests on a number of fronts, including trade, security, gender rights and the environment.

Critics will point to the lack of any significant new agreements or business deals and his ambiguity on several files as proof that the trip, which came at a critical time in the pipeline debate back home, was a waste.

During his final news conference in London on Thursday, Trudeau was asked for his own assessment.

“Here in London and in France and in Lima, we were very much engaged in promoting Canada’s interests and creating opportunities for greater trade, greater relationships that are going to benefit Canadians and benefit the world,” he said.

“We know that government and governance and serving Canadians is a process that stretches out over time and we focus every day on defending and advancing the interests of Canadians—whether there’s a headline in it for you guys or not.”


Related Stories
Trudeau to talk NAFTA with Mexican president, U.S. vice-president while in Peru
Mexico’s ex-President to Trudeau: Don’t abandon our country in NAFTA
Trudeau kicks off tour of steel and aluminum factories in Quebec
Trudeau heads to Peru, Europe, to drum up new trade