As the Oct. 15 deadline approaches Martin Moen, chief negotiator in the softwood lumber dispute with the U.S., says "no deal is better than a bad deal" 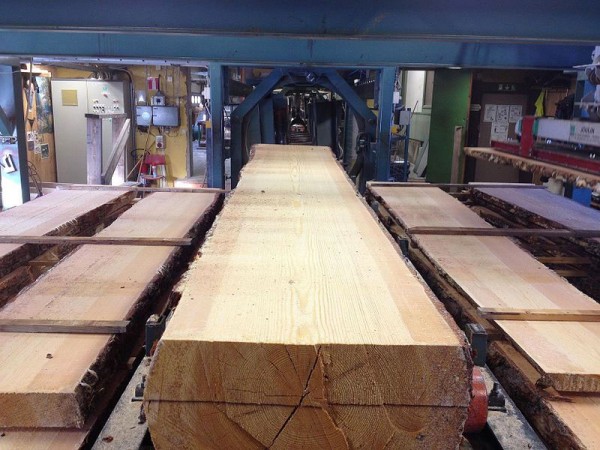 Martin Moen said without an agreement in place, Canadian officials are unsure what U.S. industry would do.

Martin Moen told a parliamentary committee on Thursday that negotiations for a new softwood deal have continued at an intensive pace with engagement reaching the highest levels between the countries.

But despite the efforts, Moen acknowledged that reaching a deal by the fall deadline will be a challenge.

Industry, he added, should prepare for the possibility that there will be no agreement and the risk that Canada will be forced into litigation.

Failure to reach a deal by Oct. 15—the one-year anniversary of the expiry of the old, nine-year pact—would allow U.S. producers to petition Washington to impose new duties.

Moen said without an agreement in place, Canadian officials are unsure what U.S. industry would actually do, and when.

“Although discussions have been constructive and have led to a better understanding of each party’s positions and concerns, Canada and the U.S.—I have to be honest—we do remain far apart on several key issues,” Moen said told a special meeting of the all-party, international trade committee.

“There are considerable gaps that will need to be bridged in order for a new agreement to be concluded. Negotiations are continuing with the goal of reaching an agreement by the end of the standstill period.”

Prime Minister Justin Trudeau has spoken with U.S. President Barack Obama about the need to strike a new softwood lumber deal. The leaders have expressed optimism that a compromise could stave off fresh battles in the long-running softwood-lumber war.

Officials from Canada and the U.S. have met 12 times face-to-face and have held numerous teleconferences to discuss the issue, Moen said. The next meeting, he added, is scheduled for next week.

He also mentioned a few of the sticking points around the bargaining table.

They include, he said, determining an appropriate structure, for example, on how to use some combination of export charges and export quotas. This structure, he added, should be designed to maintain Canadian exports at or below an agreed U.S. market share, which is still to be negotiated.

Moen also said there are talks on meaningful regional exclusions for Atlantic provinces and the territories as well as on provisions for company exclusions, including, for example, mills sourcing inputs from the U.S. or private lands. He added that discussions are still underway about the treatment of high-value products and re-manufacturers.

He described the talks as much different than other trade deals in the sense that Ottawa is seeking a deal in which American producers would have to forgo their rights under U.S. law to seek trade action against Canadian lumber and lumber products.

“Nonetheless, Canadian stakeholders continue to tell us very clearly that no deal is better than a bad deal,” Moen said.

“We’re continuing to be intensely engaged in trying to see if a good deal is possible, however, we are preparing for all eventualities and are prepared to vigorously protect and defend the interests of softwood-lumber producers if there is a return to trade action, to litigation.”

The Conservatives proposed a motion to the committee on Thursday that sought to call on International Trade Minister Chrystia Freeland to establish a roundtable consisting of herself, government officials from each province and industry stakeholders. The goal was to develop a national position on a new softwood lumber deal.

But the Liberal-dominated committee voted down the motion, with Liberal MP Kyle Peterson saying it would duplicate the ongoing process and slow things down.

Tory MP Todd Doherty, who introduced the motion, said after the meeting that the government has no formal mechanism for the consultation process that he described as “disjointed.”

“We’re seeing confusion, concern and indeed division from industry from right across Canada,” said the British Columbia MP, who added his riding has mills facing closure.

“Our biggest concern is that how do you negotiate when you don’t have a national consensus as to what the starting point should be?”