The Trump Putin friendship could be all about oil and China

Little is known about the Helsinki meeting between Trump and Putin. Speculators say it could be about fixing oil prices 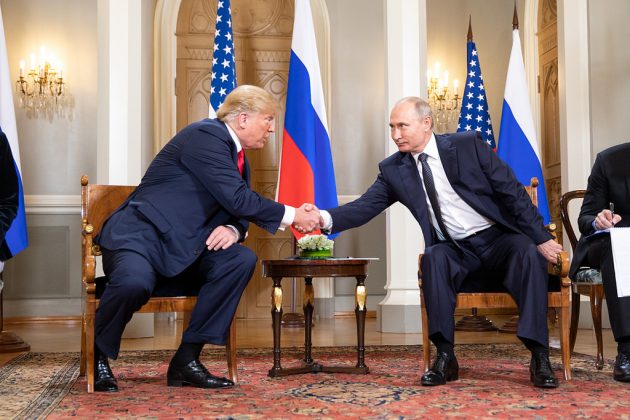 The Donald Trump-Vladimir Putin meeting in Helsinki earlier this summer has sparked an intense debate about the details of the discussions between the leaders of the two superpowers.

There is little known about these discussions, and the agreements reached remain shrouded in secrecy. This has fed speculative frenzy about the possibility of Putin controlling the president of the United States.

Some members of the U.S. intelligence community have contributed to the frenzy by suggesting that the Russians may have something on Trump that compromises American national security.

The situation is chaotic and fuzzy, though even chaotic situations, as we learned from the mathematical theory of chaos, have some defining patterns and organizing dynamics.

Trump’s revealed preferences and prejudices, along with the beliefs that he would like others to hold, can serve as useful guides as to what could explain the Trump-Putin relationship, and what they discussed in Helsinki.

The president has made it clear that he has a preference for white people, Christians and the rich and powerful. He perceives the economy, trade and money as zero-sum games. His world is full of competitors but no partners, deal-makers and deal-breakers.

After all, Russia is white, Christian and not a real economic competitor. The Chinese are non-white, non-Christian and a growing formidable economic power that is contesting American dominance in almost all economic domains. Iran and Syria are primarily Muslim countries and enemies of Israel, and belong to a group of nations for whom Trump has shown nothing but disdain and contempt.

But why would Trump attack traditional partners (the European Union, Great Britain, Canada and other NATO countries) when presumably he could have courted the Russians without having to insult his old partners?

Well, it could be that Trump is demonstrating and setting an example for Putin to follow.

The argument goes along these lines: If Trump is willing to dump old allies, why shouldn’t Putin dump his old ally China for a new alliance with the United States? Trump has also shown a preference for populism of the type that is gaining steam in Europe, particularly eastern Europe, and among the current liberal democracies in power whose ideologies he does not share.

Trump believes that the commonalities between Russia and the U.S. are myriad and deep, including a new common and shared interest in a higher price for oil.

In many respects, Russia is still an oil- and gas-dependent economy where oil and gas export revenues represent two-thirds of its export earnings and half of its federal budget. What happens to the price of oil is a matter of national security and survival for Russia. The last thing it needs is the U.S. competing with it in the European oil and gas market.

Fixing the price of oil at a level that helps Russia meet its budgetary needs cannot be achieved without American support and collusion. Saudi Arabia, the Russians know, will toe the U.S. line as it has always done; besides, the Americans are now increasingly assuming the role of the swing producer that the Saudis have played for decades.

Whether Trump and his advisers have succeeded in this possible pursuit is yet to be seen.

But one thing is clear: U.S.-Russia relations are at a very low point today, and Trump apparently believes the potential for improving ties is real. The U.S. needs Russia to contain North Korea’s nuclear ambitions, unlike the Chinese, who apparently seem willing to manipulate the crisis to serve their own strategic purposes.

Russia needs the U.S. to stabilize Syria, restrain Israel and constrain Iran’s influence without allowing the Middle East to reel into an unmanageable crisis.

The real question for Russia is whether they are ready to ditch their long-established alliance with China for what could be a temporary respite in U.S.-Russian relations. Trump is increasingly meeting resistance to his plans from both Republicans and Democrats. Apparently, there are many Americans who still believe that the Cold War has not ended, particularly amid evidence that Russia interfered in the 2016 presidential election.

The world, nonetheless, is today safer with the two superpowers working together. But as consumers, we will pay heavily at the pumps if the U.S. and Russia are colluding on oil prices.

This article was originally published on The Conversation. Disclosure information is available on the original site. Read the original article