Telus said it seeks to reduce the potential risk of a Huawei ban, as it could have a significant impact on the cost of Telus' 5G network deployment 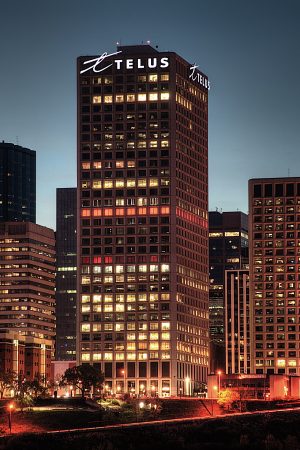 Telus Corp. acknowledged Thursday that the deployment of its fifth-generation wireless network could be delayed and be more expensive than anticipated if Ottawa chooses to ban equipment from Huawei Technologies Inc.

The Vancouver-based company – which has used Huawei radio equipment in non-core portions of its 3G and 4G wireless networks – said it continues to believe the China-based company doesn’t pose a big risk to national security.

However, Telus said in its discussion of fourth-quarter and year-end financial results, that it can’t predict the outcome of a review of 5G cybersecurity being conducted by the federal government.

A ban on Huawei equipment “could have a material, non-recurring, incremental increase in the cost of Telus’ 5G network deployment and, potentially, the timing of such deployment,” the company said.

Telus said it seeks to reduce the potential risk of a Huawei ban, through its dealings with the government and federal telecom regulator, but has yet to select its suppliers for 5G equipment.

Cope, who is CEO of both BCE and Bell Canada, told financial analysts that the company is “quite comfortable” that it can manage all the potential developments.

Although Bell and Telus have a network sharing agreement in terms of cellular towers used by their wireless networks, they each independently select equipment installed at the towers.

Despite the uncertainty over Huawei, which Canada already bars from supplying core network equipment like switches and servers, Telus said its outlook for 2019 assumes “no material adverse regulatory rulings or government actions.”

Telus issued guidance Thursday that estimates 2019 revenue will grow by up to five per cent and earnings before taxes and other expenses will rise by six per cent over last year’s level.

For the fourth quarter of 2018 ended Dec. 31, Telus said its net profit edged higher and operating revenue grew by 6.3 per cent over the comparable period in 2017, slightly above analyst estimates.

Analysts on average had expected 69 cents per share of adjusted earnings and $3.69 billion in revenue, according to Thomson Reuters Eikon.