Sunwing ordered to compensate 16,255 passengers after delays during 2018 ice storm 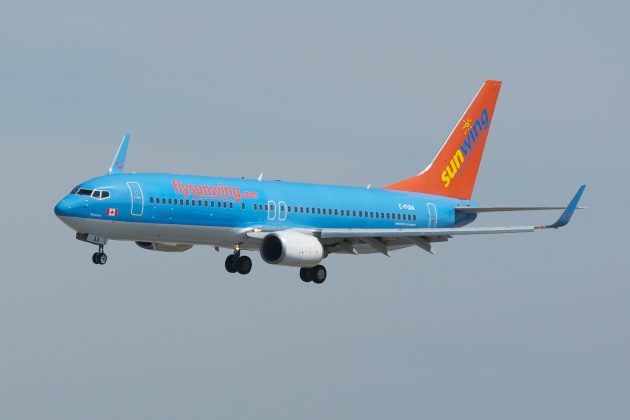 SAINT-HUBERT, Que. – The Canadian Transportation Agency has ordered Sunwing Airlines Inc. to compensate more than 16,000 passengers and pay a $694,500 fine due to widespread service problems sparked by an ice storm that hit Toronto one year ago.

The transportation watchdog says blizzards and high winds triggered problems on 96 Sunwing flights between April 14 and April 18, 2018, but that the low-cost carrier’s control centre did little to manage the disruption as conditions deteriorated and flight backlogs grew.

The agency says the Toronto-based airline failed in many cases to provide meal vouchers, hotel accommodations and refund or cancellation options, or food and drinks during tarmac delays that, in one case, lasted more than six hours.

On 15 flights Sunwing also breached rules that require it to give passengers the opportunity to disembark after 90 minutes on the tarmac. Other flights were plagued with communication breakdowns regarding baggage and the airline failed to provide consistent updates on their flight status, the agency says.

In contrast to other carriers, Sunwing did not cancel any of its flights in or out of Toronto and Montreal, a choice the agency blames in part on the company’s business model, which focuses mainly on vacation destinations. Toronto’s Pearson airport saw about 600 flight cancellations in 48 hours.

Sunwing has apologized to the 16,255 affected passengers and says it has taken steps to improve its ground-handling, scheduling and communication during disruptions.