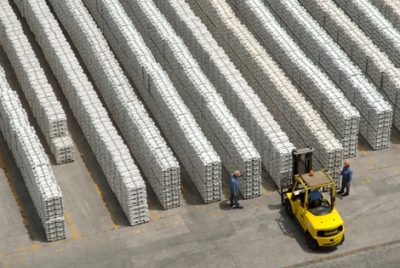 OTTAWA—International Trade Minister Chrystia Freeland says the United Steelworkers Union has suspended its petition aimed at getting a 50 per cent tariff imposed on aluminum imports.

Freeland says in a statement that she spoke with Steelworkers International president Leo Gerard April 21, who told her the union had decided to back off on the issue.

The minister’s statement called the development “great news” but did not provide any details on the reason for the union’s decision or what future course of action it might take.

The union announced earlier this week that it would seek the tariff on imported aluminum, which sells for about $1,500 a tonne, under the U.S. Trade Act, saying about 6,500 American workers have been laid off since 2011 as a result of a flood of imports.

The U.S. union said its petition would help restore more market-based pricing and hopefully lead to long-term significant reductions in Chinese capacity. China has boosted aluminum production from 3.25 million tonnes in 2001 to 24.4 million tonnes in 2014.

Although Canada accounts for about 65 per cent of U.S. aluminum imports, Freeland said restrictions on Canadian exports would do nothing to deal with global overcapacity. She said that issue had to tackled on a strategic basis by the two countries working together.