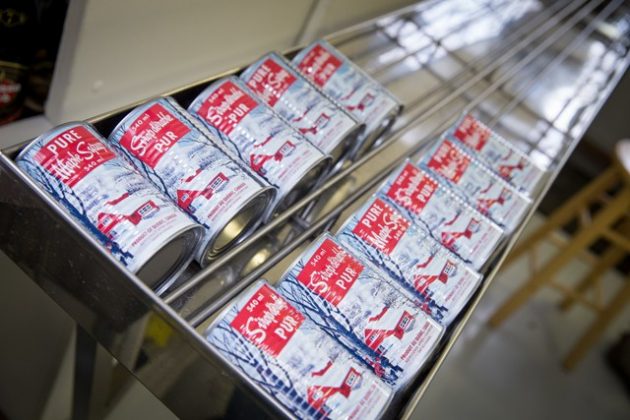 MONTREAL—The theft of $150,000 worth of maple syrup from a Montreal trucking business has made Alfredo Monaco realize what a “hot commodity” the product is.

The robbery was sophisticated, said the Mexuscan Cargo vice-president, whose company will offer $10,000 to anyone who can provide information leading to the recovery of the sweet stuff.

“Maple syrup! Who would have thought,” he said in an interview. “We learned this week that it’s a hot commodity _ it’s liquid gold.”

The heist was reminiscent of a massive robbery in 2012 when thieves made off with millions of dollars worth of maple syrup from a warehouse northeast of Montreal.

Monaco said the 20 skids of syrup _ roughly 13,000 litres _ were destined for the Japanese market.

They were sitting in a container in his cargo yard in Montreal’s west end last weekend due to a delay in the shipping schedule.

Between Sunday night and Monday morning, thieves made it into the yard and broke the pin lock under the trailer chassis on which the container was sitting.

“These thieves were pretty creative and managed to break off the lock,” Monaco said. “I don’t know how they did it because the locks are pretty (break) proof.”

He said the perpetrators likely used their own tractor to lift the cargo and move it into another truck before driving off.

Monaco wanted to go public because he said it’s the second time in two months a container full of merchandise has been stolen from his yard.

The last theft was a container of Sher-Wood hockey gloves.

“In 10 years I’ve never seen that and it happens twice in two months,” he said.

He said the thieves will probably have a hard time getting rid of the syrup on the black market because each bottle is labelled with Costco’s Kirkland Signature brand.