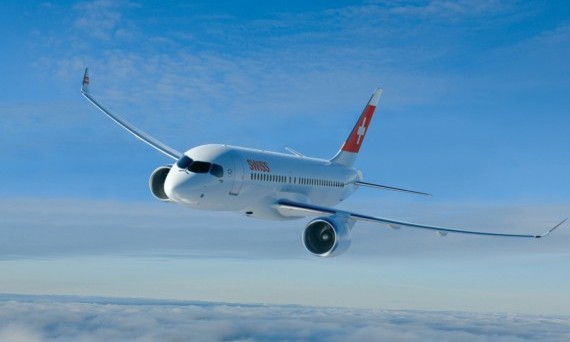 Set to take to the skies later this year, Bombarder’s CSeries program is finally expected to start paying off for Quebec. PHOTO: Bombardier

According to Export Development Canada’s latest Global Export Forecast, the province’s shipments abroad will increase five per cent both this year and in 2017.

Bolstered by Bombardier’s CSeries aircraft program, which is finally set to begin deliveries this year, Quebec’s aerospace industry will contribute the lion’s share of the gains, increasing exports 14 per cent this year, as well as eight per cent next year. Still, the plane and train giant is not the industry’s only growth driver.

“Bombardier isn’t alone in fueling the growth in the aerospace sector,” Peter Hall, chief economist at EDC, said. “Equipment and services is another strong sub-sector that will also support Quebec’s upswing in exports this year. Montreal-based CAE, for example, has lined up large simulator contracts with the German Navy and US Air Force this year.”

Quebec shipments rely heavily on the U.S., as do most other provinces, meaning much of the growth is being fuelled by the world’s economic engine south of the border.

“The vast majority of Quebec’s exports go to the U.S., so growth south of the border is clearly a good news story for the province,” Hall said. “The price advantage from a lower Canadian dollar will continue to provide export-minded companies with competitive opportunities.”

As aerospace soars, Quebec’s resource sector is also expected to post relatively positive results. EDC forecasts the province’s largest export industry, metals, ores, and other industrial products will grow by four per cent in each of the next two years. With new housing builds continuing to in the U.S., the trade financier also expects Quebec’s forest sector to add four per cent to its exports this year, and five per cent next year.