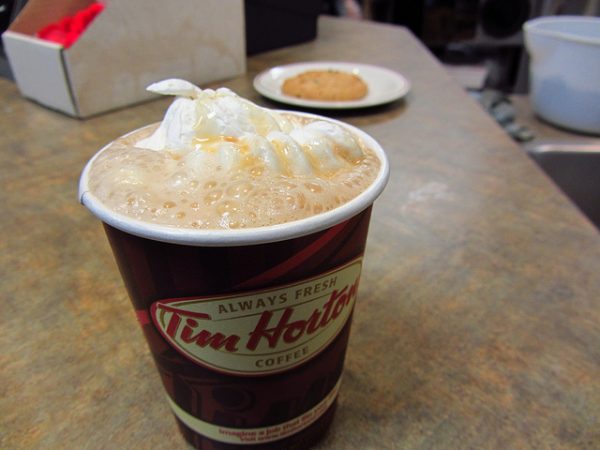 TORONTO – The parent company of Tim Hortons and other fast food chains doubled down on its plans for fast international expansion, shaking up its executive suite in an effort to strengthen its growth agenda and touting positive retail metrics ahead of its next quarterly financial report.

Cil served as Burger King’s president since 2014, but has worked with the company for 18 years.

Daniel Schwartz, RBI’s chief executive since it formed in 2014, will become the company’s executive chairman and co-chairman of its board of directors.

Cil said in a statement that he’s excited by the challenge of his new role and thankful for the vote of confidence to lead the company on its next journey of growth.

“We have three amazing brands, a talented team with an ownership mindset, and passionate, dedicated franchisees that I believe will help us accelerate our long-term growth around the world,” he said.

Growing all three chains globally will be a top priority for Cil in his new role, RBI said.

The company has been working to rapidly expand Tim Hortons beyond its Canadian roots. It signed a master franchise joint venture agreement with a private equity firm last year to open more than 1,500 of the coffee-and-doughnut shops in China – home to a burgeoning coffee culture and a hotbed of international coffee chain expansions.

It also recently expanded into the Philippines, the United Kingdom and Spain.

RBI released two key retail metrics from its fourth quarter ahead of the full results to show “continued growth and performance.”

Comparable sales at Tim Hortons for the three months ending Dec. 31 rose 1.9 per cent, while it advanced 1.7 per cent at Burger King and 0.1 per cent at Popeyes.

In the slew of announcements, RBI also raised its dividend to 50 cents per share, up from 45 cents, and said it would host its first investor day conference in New York City this May.