"We had a whole different world," Mickey Kantor argues, saying trade deal was negotiated at time before the Internet, other important advances and should be revisited 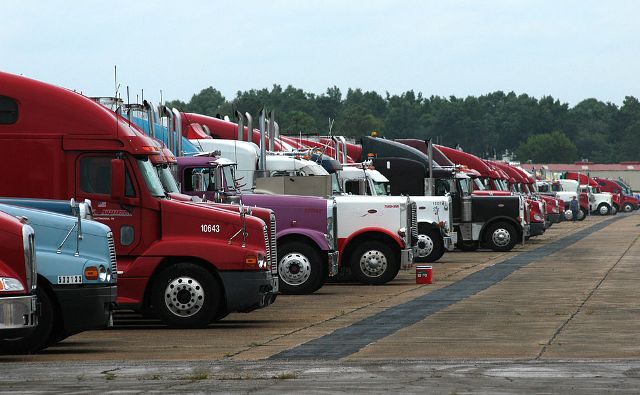 NAFTA’s dispute resolution framework, standards for labour, the environment and state-owned enterprises all need to be reassessed, original negotiators say

WASHINGTON—NAFTA is out of date and needs to be brought into the 21st century, says one of the trade agreement’s original negotiators and most ardent champions, adding his voice to the explosion of commentary following the election of Donald Trump.

Mickey Kantor was the negotiator brought in by Bill Clinton to finalize the deal in 1993, when the then-rookie president promised to add side agreements on labour and the environment and appointed Kantor as his first U.S. trade czar.

He remains a huge booster of the pact—he says it has promoted economic growth in all three signatory countries, in addition to encouraging more harmonious relations between neighbours.

But don’t count him among all the people hand-wringing about changes to NAFTA. He says it and other agreements he reached in the 1990s were tailored to an economy that no longer exists, and require modernization.

“There was no Internet. There was no cloud. There was no problem with data transfer. We had a whole different world,” Kantor told a symposium organized this week by the libertarian Cato Institute.

“No agreement—certain none I ever negotiated—is perfect. They all need to be updated.”

Kantor said he’d advise a Trump administration to make that among its top priorities. Trump indeed has promised to renegotiate or scrap the treaty, which has caused some anxiety among U.S. neighbours who send the overwhelming majority of their exports to the U.S.

Both Canada and Mexico have responded to the election result by saying they’d be willing to sit down for a discussion, prompting more debate about whether they’ve weakened their negotiating position with Trump.

Another trade veteran at the symposium wholeheartedly agreed with Kantor. Like Kantor, Susan Schwab was a U.S. trade representative, albeit with a Republican administration under George W. Bush.

“NAFTA is an ancient trade agreement. It’s hopelessly out of date. That’s not to say it’s a bad agreement,” Schwab said. She saluted the Canadian government’s approach: “I thought that was a very, very clever response.”

A third former U.S. trade representative, Robert Zoellick, has suggested inviting the United Kingdom into NAFTA—especially as that country seeks new trade relationships in light of its vote to leave the European Union.

There are pros and cons to talk of reopening NAFTA, said Canadian trade lawyer Mark Warner.

It would also allow Canada to revisit the energy rule that forces it to sell a certain amount of oil to the U.S., potentially limiting its options with market diversification. In addition, he said Canada could seek more beneficial rules on government procurement and worker mobility.

Frustration with current mobility rules has been repeatedly voiced by Canadian officials. They would love to add new, digital-economy jobs to the list of professions eligible for easy-access visas under NAFTA—an out-of-date index almost completely devoid of references to computers.

One official said in a recent interview that multinational companies are now bedevilled by red tape when sending employees to do work in a branch across the border. “They can’t cross the border without getting hassled.”

But there’s also an obvious downside risk to opening this discussion, said Warner: the fear of opening up a Pandora’s box of complications.

“The risk of opening NAFTA for negotiations is that the update can’t get limited to minor tweaks but spreads to traditional bilateral Canada-U.S. irritants like supply management (of dairy), softwood lumber, country of origin labeling for beef,” he said.

“If NAFTA talks failed, and President Trump terminated NAFTA, Canada might be able to rely on the 1988 Canada-U.S. Free Trade Agreement but that would also likely need to be updated also and many of the same sticky issues would arise.”