The Trump administration has promised swift and sweeping action on the trade deal, but it will soon have to decide which objective it prizes more 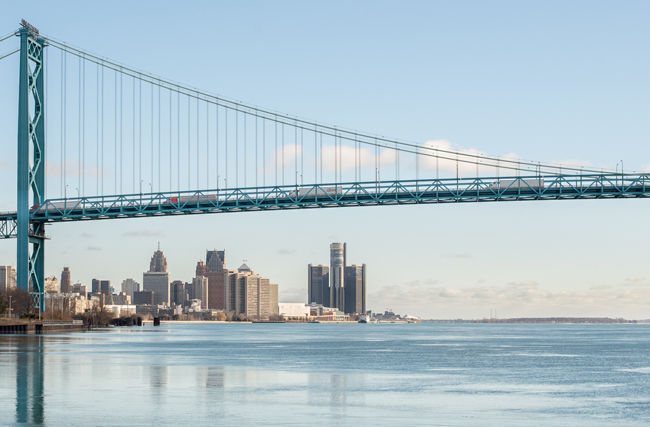 The more than two-decade-old pact governs trade between Canada, the U.S. and Mexico. Billions in goods cross both the U.S.’s northern and southern border every day

WASHINGTON—The Trump administration will soon be forced to choose between two contrasting goals it has articulated for upgrading NAFTA, a fast-approaching dilemma over which of those objectives it truly prizes: A vast deal or a fast deal.

Detailed statements over the last week have been overshadowed by the intrigue swirling around U.S. President Donald Trump’s brief flirtation with the idea of blowing up the continental trade pact by way of executive order.

But the administration has dropped substantive clues about two priorities for the upcoming overhaul of the North American Free Trade Agreement, through its point man on the upcoming talks, Commerce Secretary Wilbur Ross.

Doing both won’t be easy.

On the one hand, Ross suggests he wants big changes. He’s pointed to a vast horizon of possibilities, which together would amount to a once-in-a-generation overhaul of NAFTA: greater trade in dairy; a deal on softwood lumber; tougher Canadian pharmaceutical patents; new tariff rules for auto parts; changes in the dispute-settlement process; and the addition of new sections from the ill-fated Trans-Pacific Partnership, like digital services.

On the other hand, he wants it done quickly.

Ross points to the pressure of the clock. More than once, he’s said he wants a deal in the months before the Mexican election. That’s consistent with Mexican officials, who say they don’t want high-profile talks lingering into next spring, through the heat of the campaign.

Ross told a CNBC interviewer this week: ”The key to the timeline is the Mexican elections are next year… The closer we get to the election, the more difficult it will be to get anything through.”

So which will it be—vast or fast?

A Canadian cabinet minister met with Ross this week and said it’s still not clear which is priority No. 1. Industry Minister Navdeep Bains chatted with his U.S. counterpart during a conference in California.

Bains called it a positive, constructive meeting. But anyone wondering whether Trump’s team intends to prioritize depth or speed will need to wait a while.

“I think it’s still early stages,” Bains said in an interview. “They still have to give their official notice to Congress to trigger that 90-day period.”

That’s a reference to the first step in the renegotiation. Under U.S. law, the administration needs to consult with industry and lawmakers for 90 days before launching major trade talks, so they can establish U.S. objectives.

That leaves barely six months to get a deal before the Mexican election enters full swing.

If the administration agreed tomorrow with lawmakers on negotiating priorities and posted the formal 90-day notice, the earliest talks could start is August. By the new year, Mexican election candidates will be deep into their primary season.

Don’t count on anything substantive happening before the July election, said one Mexico-watcher.

Things don’t get much easier in the second half of 2018.

There’s a five-month lame-duck period after the Mexican election in July, where the old government still runs the country. Over that same period, the U.S. will be holding its midterm congressional elections.

But that hinges on two political realities: Does the new deal have political support in Mexico? And does the election winner want it passed? In the case of the last U.S. election and the TPP, the answer to both those questions was ‘No.’

Privately, some officials in Ottawa wonder whether that’ll be the ultimate fate of NAFTA renegotiations—lots of talking, speculating, haggling, only to see the project die from the paper cuts of passing calendar pages.

Ross articulates a hopeful vision: a deal concluded and all three countries happy in the end.

”My biggest priority is getting NAFTA on the right foot,” Ross told Yahoo News this week.

”Because a lot of the anxiety that people in America have about… the new trade regimes will go away if we can bring NAFTA to a satisfactory conclusion, without a trade war, without recriminations, without reprisals.”

He was non-committal on the timeline. The Canadian side says it’s awaiting specifics.