Premiers reiterated their call for a 5.2% increase in annual health-care transfer payments from the federal government 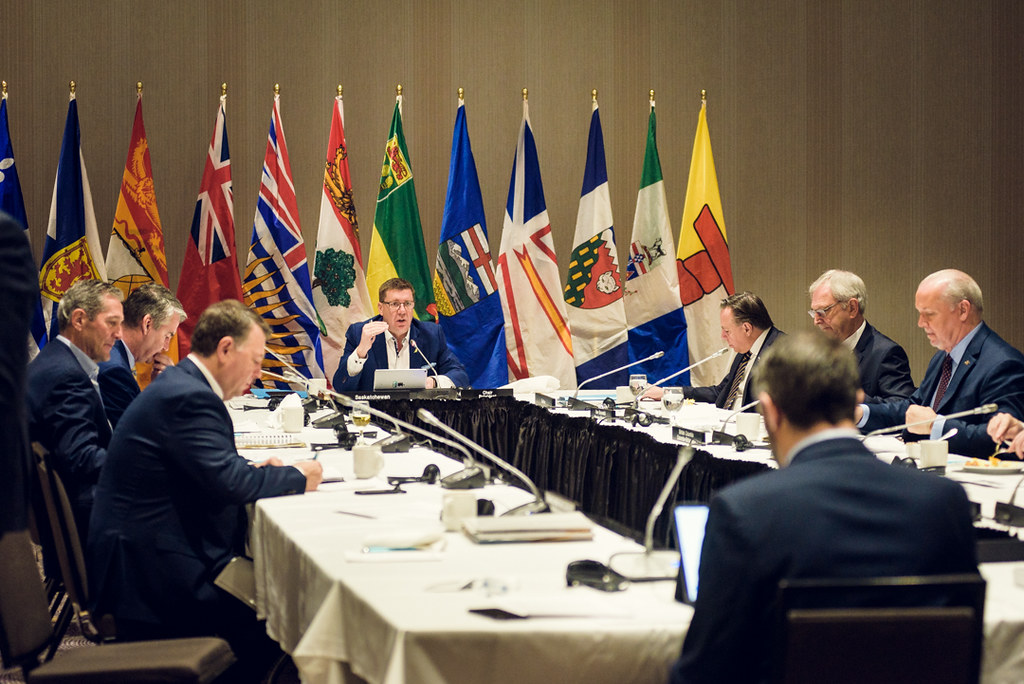 MISSISSAUGA, Ont. – Canada’s provincial and territorial leaders agreed Monday to press the federal government for higher increases to health-care funding, but most expressed hesitation about a national pharmacare program.

The premiers also emerged from a meeting in Mississauga, Ont., with a call to Ottawa to strengthen a program that provides a financial top-up to provincial governments suffering economic downturns – a key request of Alberta.

The first ministers arrived at a consensus on four priority areas of economic competitiveness, the Fiscal Stabilization Program, health-care and infrastructure funding, and northern priorities.

They’ll look to raise the issues with Prime Minister Justin Trudeau early in the new year, at their first joint meeting with him since a federal election that exposed regional divisions and reduced Trudeau’s Liberals to a minority government.

A spokesman for Deputy Prime Minister Chrystia Freeland said she is “open and keen” to discuss those issues.

The premiers reiterated their call for a 5.2% increase in annual health-care transfer payments from the federal government, but called for federal transfers to come with opt-outs “with full financial compensation.”

Several premiers said that now may not be the right time for a national pharmacare program – a promise the Liberals made during the federal election and that will require discussion with the provinces – with funding needed to address hospital overcrowding and growing wait times.

“If you can’t sustain health care, all the multitude of services that we offer effectively, then you will have lineups grow, as they have grown over the last number of years right across the country in every category,” said Manitoba Premier Brian Pallister.

British Columbia Premier John Horgan said many provinces already have significant pharmacare plans, so the priority should be a “more equitable distribution of resources to deliver health care.”

“Whatever the commitment is, it has to be long-term, it has to be the responsibility of the federal government, but I do believe that no matter where I go, Canadians want to entertain and want us to explore the options around a national pharmacare program,” he said.

The premiers agreed that the Fiscal Stabilization Program should be more responsive to economic downturns, such as removing a per capita cap, lowering a non-resource revenue threshold and making changes to retroactive payments.

Alberta Premier Jason Kenney has called for the cap to be removed, as the money his province has received is barely scratching the surface of the financial impact of low oil prices. He thanked his fellow premiers Monday for making fiscal stabilization amendments a priority.

“This was a tremendous moment of solidarity,” he said. “I’ve been trying to convey to Albertans that we are not alone, or isolated in the federation, that there are provincial and territorial governments who get what we’re going through and who understand our ask for a fair deal in the Canadian federation.”

“They were unwavering in their support for recommended changes to the Fiscal Stabilization Program,” he said. “I would say that today they had our backs and I will commit to them that we will have theirs when needed as well.”

Under the banner of economic competitiveness, the premiers talked about improving federal environmental assessments by exempting projects under provincial or territorial jurisdiction from mandatory impact assessments and working to eliminate protectionist measures, such as those on softwood lumber.

They also talked about developing resources responsibly and getting them to all markets, but the somewhat vaguely worded communique does not specifically reference pipelines, an area of disagreement among the premiers.

The premiers also avoided other divisive issues, such as carbon pricing and Quebec’s controversial secularism law known as Bill 21.

The northern priorities the premiers identified were infrastructure investment and support for climate action to fight, mitigate and adapt to rapidly changing environments in the North.

Related Stories
Premiers meet outside Toronto, try to find consensus on dealing with Ottawa
Premiers need to quit picking fights and focus on Canadians: Ball
Premiers to focus on Quebec over pipelines, religious symbols at conference
Energy strategy on the agenda as premiers gather in Ottawa