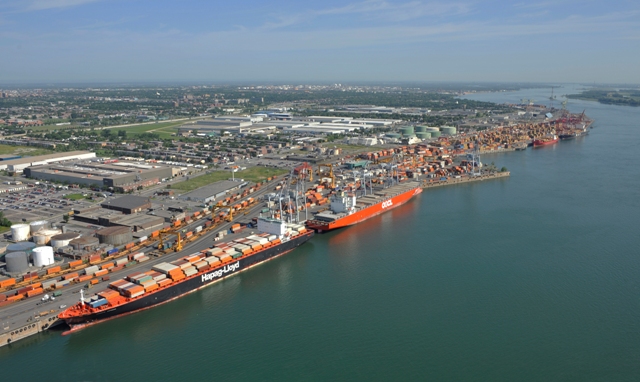 The importing and exporting hub is the largest container port in Quebec as well as in Eastern Canada. PHOTO: Port of Montreal

MONTREAL—Construction crews have completed the first phase of a major scale-up project in the Port of Montreal’s Viau sector.

The new terminal, which includes new gantry trains and other container-handling equipment, will boost the port’s handling capacity by the equivalent of 450,000 twenty-foot units.

Subsequent expansion work is expected to bring the Viau sector’s capacity to 600,000 TEUs while improving road and marine access. The federal government is contributing up to $43.7 million for all aspects of the project—about one-third of the total cost of $131 million.

The Port of Montreal is the second-largest container port in Canada and fifth-largest in North America. The import-export hub is a major trade link between Canada and Europe.