Trudeau says the breakdown happened with his former principal secretary Gerald Butts, but he stopped short of apologizing to his former minister

by Mia Rabson and Kristy Kirkup

by Mia Rabson and Kristy Kirkup 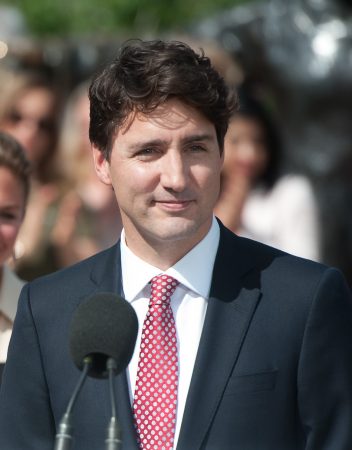 OTTAWA – Prime Minister Justin Trudeau says he should have been aware of an “erosion of trust” between his office and former minister of justice Jody Wilson-Raybould over the SNC-Lavalin controversy, but he stopped short of apologizing to her.

“Over the past months, there was an erosion of trust between my office and specifically my former principal secretary and the former minister of justice and attorney general,” Trudeau said during a morning news conference in Ottawa on Thursday.

“I was not aware of that erosion of trust. As prime minister and leader of the federal ministry, I should have been.”

Wilson-Raybould says she was improperly pressured to stop a criminal prosecution of SNC-Lavalin and was punished for her refusal to give in by being moved out of the Justice portfolio to Veterans Affairs in an early January cabinet shuffle.

She resigned from cabinet shortly after the controversy erupted.

Her close friend and cabinet ally, Treasury Board president Jane Philpott, resigned in solidarity on Monday, saying she’d lost confidence in the government’s handling of the SNC-Lavalin affair.

Butts, who also resigned, told the House of Commons justice committee Wednesday that he wanted Wilson-Raybould to seek a second opinion from a retired judge so that the government could demonstrate it had seriously considered all legal options.

Trudeau was asked directly Thursday whether he was apologizing for what unfolded in the SNC-Lavalin case and he stressed that he continues to believe there was “no inappropriate pressure.”

“I’m obviously reflecting on lessons learned through this,” Trudeau said.

“I think Canadians expect that of us that in any time we go through periods of internal disagreement and indeed challenges to internal trust as we have, there are things we have to reflect on and understand and do better next time.”

The prime minister also shed light this morning about a meeting he had with Wilson-Raybould and the clerk of the Privy Council, Michael Wernick, on Sept. 17 where he raised the SNC-Lavalin file.

He did confirm that he raised being a Quebec MP representing the federal riding of Papineau during the discussion, but he said the comment wasn’t partisan in nature.

“It is our job as parliamentarians to defend the interests of the communities we were elected to represent, to be the voices of those communities in Ottawa,” Trudeau said.

“I stressed the importance of protecting Canadian jobs and reiterated that this issue was one of significant national importance.”

Wilson-Raybould left the meeting saying she would speak with her deputy minister and the clerk about this matter, Trudeau said, adding she stressed the decision was hers alone.

“In the months that followed that meeting, I asked my staff to follow up regarding Ms. Wilson-Raybould’s final decision,” Trudeau said.

“I realize now that in addition, I should have done so personally given the importance of this issue and the jobs that were on the line.”