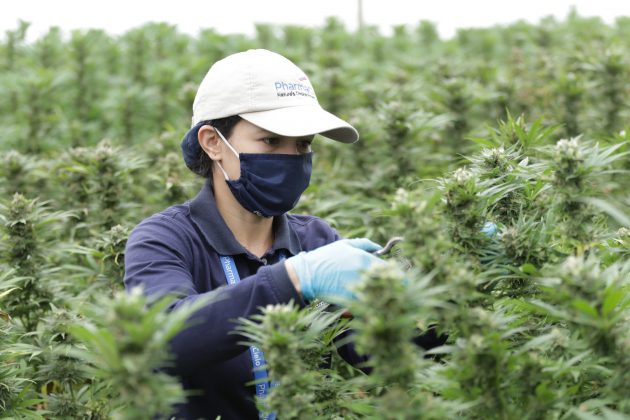 TORONTO and RIONEGRO, Colombia — PharmaCielo Ltd., the Canadian parent of Colombia’s premier cultivator and producer of medicinal-grade cannabis extracts, PharmaCielo Colombia Holdings S.A.S., announced the first harvest cycle of six high-THC cultivars. The harvest from 5.5 hectares of open-air greenhouse at the company’s Rionegro complex is expected to yield more than 10 tonnes of dry flower, which will be processed at PharmaCielo’s operational processing and extraction centre (PEC) and destined for export.

Harvest of the cultivars by hand will continue to year-end, with processing commencing in coming weeks.

“This first harvest of psychoactive cultivars is part of the product portfolio expansion we announced recently,” says David Attard, CEO of PharmaCielo Ltd., in a prepared statement. “As one of Colombia’s largest quota holders of government approval for the commercial processing and exporting of THC-dominant medicinal cannabis extracts, we are able to produce and deliver a variety of both CBD and now high-THC extracts including THC distillate and THC:CBD formulations based on market demand.”

As PharmaCielo moves to produce high-THC extracts in-house in its Rionegro complex, the Company continues in parallel to expand its CBD-based cultivation footprint through external growers, with the first contract already enacted in mid-August. This approach is being pursued to enable PharmaCielo to achieve a flexible industrial-scale production.