Ottawa investing $47M to increase capacity at the Port of Halifax 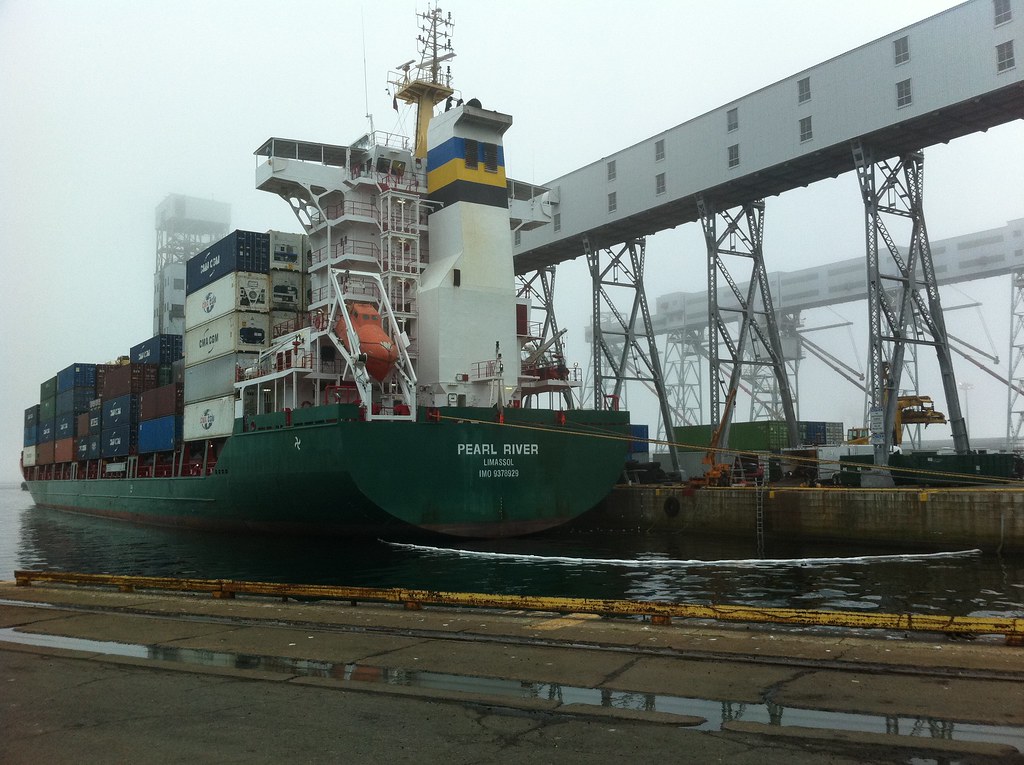 HALIFAX – The Port of Halifax is getting $47.5 million from Ottawa to boost its capacity to handle goods, but the big news for most residents will be the resulting reduction in container truck traffic in the downtown core – a noisy, smelly problem that has plagued the city for decades.

Federal Transport Minister Marc Garneau made the announcement Sunday in a large hall along the city’s rain-soaked waterfront, not far from the South End Container Terminal – the largest terminal of its kind in Eastern Canada.

“We could have the best products in the world, but if we can’t get them to our customers quickly and reliably, we will lose business to other suppliers,” Garneau said at a news conference at the Cunard Centre.

“We are a country of traders. That is why our ports are so important.”

While it was a decidedly pro-business announcement, Garneau said he recognized the truck issue would be top-of-mind for residents living in and around downtown.

Labi Kousoulis, the provincial politician who represents the area, was more blunt.

“This is going to be a monumental change in our city,” he said, noting that container-truck traffic was expected to be reduced by 75 per cent.

“I’ve heard from many residents. The trucks can be disruptive … The residents of Halifax are very excited about this. It will be a game-changer for downtown Halifax.”

Mayor Mike Savage said the city has been blessed by unprecedented growth in construction and record population increases, but the big trucks have proven to be a constant nuisance in a downtown core that is otherwise “bustling with new energy.”

“While we value the trucking jobs and the goods that get transported daily throughout our region, their rumblings through narrow downtown streets have not always made for happy coexistence with residents, tourist and cyclists,” he said.

Garneau said the federal money will cover half the cost of two projects, the first of which will increase storage capacity at the port by using an existing rail line through the downtown to connect the South End Container Terminal to the Fairview Cove Container Terminal, which is north of the city’s downtown.

The improved rail line will be used to shuttle containers from the south end, though the downtown and deposit them at Fairview Cove, where they will be picked up by trucks waiting outside the downtown area.

“As a planner and a Halifax resident, getting those trucks off downtown streets has long been a priority for so many Haligonians,” said Andy Fillmore, the Liberal MP for Halifax.

The second project will upgrade the Windsor Street Exchange and the Bedford Highway, the main access points to the port.

As well, four new rail-mounted cranes will be purchased for the two terminals.

The two projects are expected to create more than 800 jobs during construction, Garneau said.

The money will come from a second round of funding under the federal government’s 11-year, $2-billion National Trade Corridors Fund.

“This will change the fabric of our city … for generations to come,” said Karen Oldfield, CEO of the Port of Halifax. She said a recent public survey found the noise and traffic congestion caused by container trucks was a top concern for Halifax residents.

Last month, Macquarie Group Ltd. based in Australia said it had reached a tentative deal to sell its stake in the South End Container Terminal to PSA International Pte Ltd., based in Singapore, pending regulatory approvals.

The terminal is currently being leased to Halterm Container Terminal Ltd. through the port authority.

Macquarie has declined to comment on the price tag or closing date.

PSA International beat several bids for Halterm, including a joint bid from Canadian National Railway Co. and an unnamed partner.