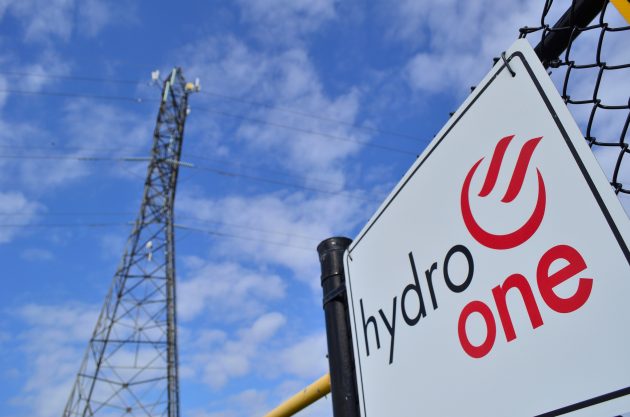 TORONTO – Ontario’s energy minister says the government will take “any and all action necessary” if Hydro One doesn’t drastically cut its proposed CEO compensation, but the semi-private utility appears not to be budging.

In a letter sent to Hydro One board chair Tom Woods on Wednesday, Energy Minister Greg Rickford says the provincial cabinet was “profoundly disappointed” by the utility’s proposed compensation framework.

The framework, submitted to the province last week and made public on Thursday, lays out a proposed maximum compensation of $2,775,000 for the company’s next CEO.

“As you are aware, our government was elected on the commitment that we will clean up the hydro mess and restore accountability and trust in the electricity sector,” Rickford writes.

“Unfortunately, the proposed framework as submitted indicates a significant divide between the views of the Hydro One board and the largest shareholder, the people of Ontario.”

Rickford goes on to request that Hydro One get back to the government by “Thursday at 5 p.m.” with a proposal that meets the government’s requirements.

But on Thursday, the company released its proposed compensation framework to the public without the government’s requested cut to executive compensation.

“We have been listening carefully to our largest shareholder, the Province of Ontario, as well as other large shareholders, and have made a considerable effort to balance concerns around cost management with the need to attract, retain and motivate highly qualified leadership,” Woods said in a letter accompanying the framework.

When the Progressive Conservatives came to power last spring, one of the government’s first acts was to force the resignation of former Hydro One CEO Mayo Schmidt, whom Premier Doug Ford had dubbed “the six-million-dollar man.”

That move was followed by the resignation of the utility’s entire board, as well as downgrades and lower values of Hydro One shares.

Last month, Hydro One and American utility Avista Corp. announced they were cancelling a planned merger, after regulators in Washington state said the deal would not sufficiently safeguard customers from the whims of the Ontario government.

This summer the government passed legislation giving it sweeping new powers over executive compensation at Hydro One.

The bill gives the government authority to approve executive compensation at the utility, and gives cabinet the ability to issue directives to restrict the total annual compensation payable to its CEO and directors.