New auto rules will be the ‘core’ of future NAFTA deal, Freeland predicts

Canada's foreign affairs minister says she and her peers are now down to the fine details on auto rules of origin, and that a successful deal hinges on getting autos right 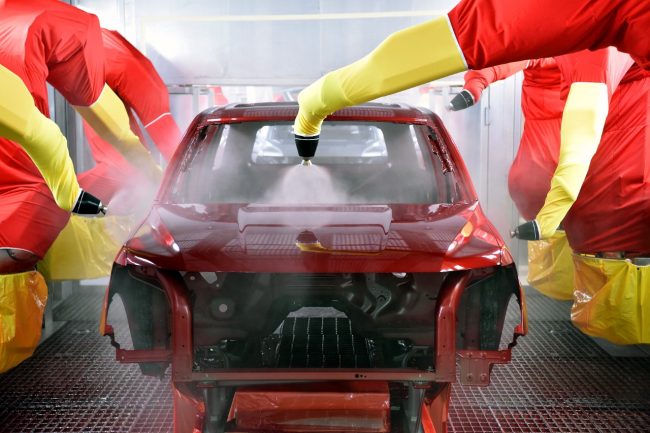 The original NAFTA required that 62.5 per cent of a car’s parts come from North America to avoid a tariff, but negotiators are now said to be settling on a system that sets the regional content standard at 75 per cent—the U.S. originally proposed an 85 per cent threshold. PHOTO: Ford

WASHINGTON—New automotive rules will be the centrepiece of a new NAFTA agreement, Foreign Affairs Minister Chrystia Freeland said Thursday during a round of negotiations she characterized as being focused on cars.

In an exchange with reporters between sessions at the U.S. trade representative’s office across from the White House, Freeland said she and her peers are now down to the finest details on auto rules of origin.

“(This) really is the heart of this negotiation,” she said.

“I believe very strongly, and I think this is a view shared by the two other countries, that rules of origin for autos, the highly integrated automotive sector, is really at the heart of the NAFTA negotiation.

“If we can get that right, that will be the core of a successful agreement.”

Officials from Mexico and the U.S. are saying a new deal is likely within weeks, although Freeland won’t be pinned down on a timeline. She said she’s just working for the best deal possible, which benefits all three countries, cuts red tape and encourages innovation.

Sources say the new auto rules will result in a modest increase in the required content from North America, slightly favouring companies that invest in research and pay higher wages.

The original NAFTA required that 62.5 per cent of a car’s parts come from North America to avoid a tariff; the U.S. had originally proposed that threshold be boosted to 85 per cent and that half of every car comprise American parts.

Negotiators are now said to be settling on a system that sets the regional content standard at 75 per cent, and helps car companies get credits to meet that standard if they invest in high-value research and pay workers more than $15 an hour.

“Fiendishly complicated” is how Freeland described the finer points of auto rules.

Sources also say the goal is to have a new deal that can be ratified by the national legislatures of all three countries. However, if so desired, the original NAFTA also allows countries a faster way to change auto rules: by cabinet decree.

Some American lawmakers have in fact expressed concern in recent days that other U.S. priorities might get abandoned in these talks in pursuit of securing a deal that changes auto rules.

The U.S. agriculture secretary even publicly revealed last week that he fears there might not be much change when it comes to one major American priority—opening Canada’s dairy sector.

“I’m not as optimistic as I’d like to be,” Sonny Perdue told a U.S. congressional hearing last week, when pressed about dairy.

“We have impressed upon (U.S. trade czar Robert) Lighthizer, almost on a weekly basis, how important it is to get the dairy situation (settled) with Canada.

”(But) he has some larger issues.“

Autos are not actually the only topic being discussed at this week’s round.

According to a version of the schedule for five days of negotiations, obtained by The Canadian Press, there are also sessions on agriculture, labour, the environment, competitiveness, investment, temporary entry and pharmaceuticals.

”There are many topics,” said Mexico’s Economy Minister Ildefonso Guajardo, who has pegged the likelihood of a NAFTA deal by next month at 80 per cent.

Another thing on the schedule: celebrating Guajardo’s 51st birthday.

His colleagues brought him a cake frosted with an inside joke about a renegotiated NAFTA: ”Happy Birthday, Modernized Ildefonso.”