The unanimous ruling gives the U.S. Department of Commerce until mid-summer to revisit tariffs against Canadian glossy paper producers 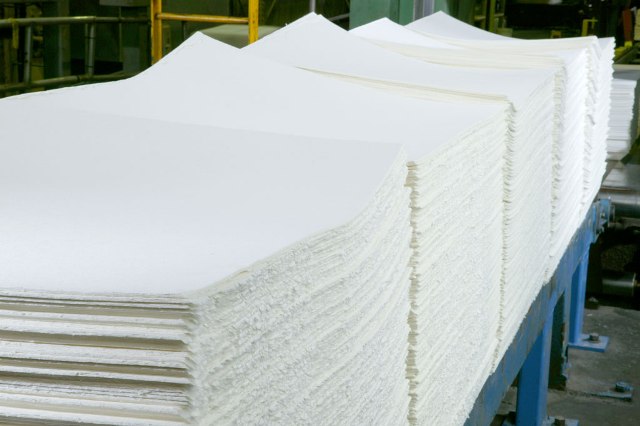 The panel, comprised of three Americans and two Canadians, issued its memorandum opinion and order last week. Under the new ruling, the U.S. Department of Commerce must reconsider some aspects of the reasoning behind its initial findings and respond to the NAFTA decision by mid-summer.

The countervailing duties were imposed in November 2015 after a U.S. investigation into Canadian imports of supercalendered paper, which is mainly used in magazines, catalogues, corporate brochures and advertising inserts.

Nova Scotia’s Port Hawkesbury Paper was hit with a 20.18 per cent duty, while a duty of 17.87 per cent was levelled against Montreal-based Resolute Forest Products and a duty of 18.85 per cent was imposed on the J.D. Irving mill in New Brunswick and Catalyst Paper of British Columbia.

“Now (U.S.) commerce will have to make a decision, do they appeal it or do they incorporate the information into the tariff,” said Marc Dube, Port Hawkesbury Paper’s development manager.

Dube said his company hopes the ongoing process will at least result in a reduced tariff, although that decision rests with American officials.

“It’s a very positive step in the process for us because the panel . . . were unanimous in their opinion, so hopefully Commerce will view it in the same manner,” he said.

Among a list of issues, the panel said the U.S. needs another look at whether the Nova Scotia mill benefited by power rates set by the province’s regulator, which the province maintains is an arms-length organization independent of government.

The panel said it also needs to re-examine issues around Resolute’s purchase of its cross-owned company Fibrek. Resolute maintains the Department of Commerce failed to recognize that the benefits Fibrek may have received through any subsidies were “extinguished” through its “hostile takeover.”

However, the panel did uphold the 18.85 per cent duties against J.D. Irving and Catalyst, finding that Commerce followed Congress’s “express statutory mandate” in doing so.

Dube said his company would continue its “vigorous work” to substantially reduce or to entirely eliminate the duties regardless of the outcome. In the meantime, Port Hawkesbury Paper will continue to hold its required duty payments in trust.

The U.S. trade action resulted from a petition filed by two American producers of supercalendered paper who maintain their Canadian competitors benefited from government subsidies.

The appeal by the Canadian mills was supported by the federal government and the governments of Ontario, Quebec, British Columbia and Nova Scotia.

Dube said the trade dispute has affected his company’s bottom line, reducing U.S. sales by 20 per cent. As a result, he said the mill has increased sales in Canada and other international markets.

“Paper markets continue to be difficult,” said Dube. “There’s less paper being used . . . in the U.S. and across the world.”

Despite the challenges, he said Port Hawkesbury Paper employs a full compliment of 330 workers at the mill, while as many as 450 workers are employed in the surrounding woodlands.