Dwight Ball hopes to win over the cantankerous U.S. president with some East Coast hospitality and the viewing of a musical which showcases a high-point in Canadian-American friendship 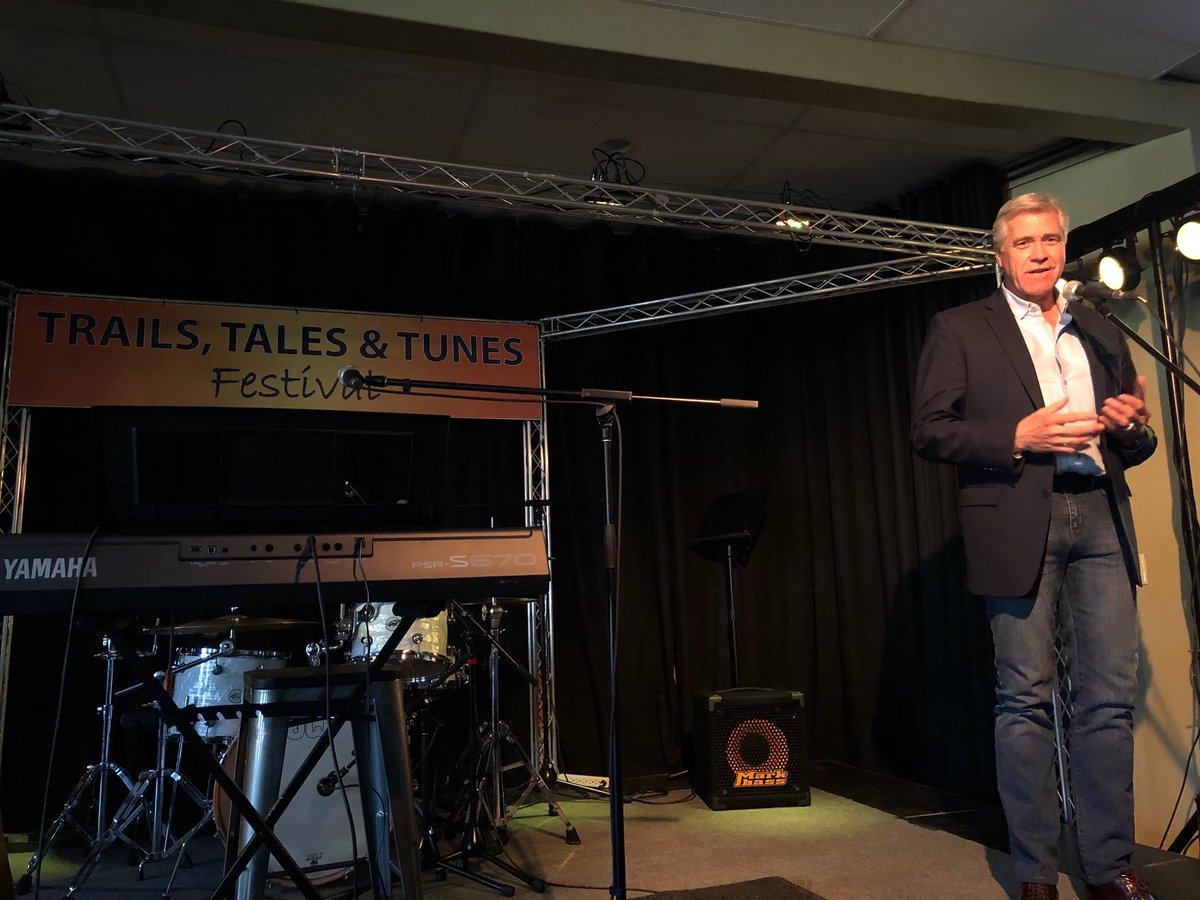 Ball is trying a different tact to reach consensus with Trump on trade. PHOTO: Dwight Ball/Twitter

ST. JOHN’S, N.L.—Newfoundland and Labrador’s premier has invited Donald Trump to the hit Broadway musical “Come from Away,” saying he hopes “to discuss the virtues of a positive relationship” with the U.S. president.

Dwight Ball’s letter to Trump, dated Tuesday, evokes the province’s historic relationship with the United States, on both trade and military bases.

It describes Trump’s recent policies on tariffs as “extremely troubling,” and says he hoped to discuss “a positive and mutually beneficial trade relationship.”

The musical tells the true story of how Gander, N.L., welcomed more than 7,000 stranded airline passengers after 9/11.

Ball tweeted a copy of the letter Wednesday morning. It notes the tickets would be available at Trump’s “leisure” and “hopefully are tariff-free.”

“Please advise of your acceptance of this invitation and I will forward you tickets,” he writes, without explicitly specifying which city’s version of the show he means. The premier’s office did not immediately return a Canadian Press request for comment Wednesday.

The letter appears to be in response to the recent rise in tensions between Ottawa and the U.S. administration over trade.

After this month’s G7 summit in Quebec, Trump called Prime Minister Justin Trudeau “weak and dishonest.” The president was apparently angered over the prime minister’s comments at a press conference, when he objected to American tariffs imposed on steel and aluminum last month.

“As I hope you are aware, the United States of America and the province of Newfoundland and Labrador have enjoyed a positive trade relationship for centuries with reciprocity treaties dating back to the 1800s,” wrote Ball.

“Even during the Second World War, we stood shoulder to shoulder as the U.S. government negotiated with Newfoundland and Labrador for safe and secure military bases.”

The letter says Newfoundland and Labrador believes in the mantra that “a rising tide lifts all boats,” as Ball reminds Trump of how his small province helped the Americans after the terrorist attacks on New York City and Washington.

Arts impresario David Mirvish first staged “Come from Away” in Toronto from December 2016 to January 2017 before it headed to Broadway.

Mirvish has said the musical’s success has “befuddled all expectations” both in Toronto and on Broadway, where its feel-good charm managed to win the hearts of jaded New York theatre-goers as well as a Tony Award for best direction.

Its soundtrack has been nominated for a Grammy and Canadian creators Irene Sankoff and David Hein are hard at work on a script for a film adaptation.