Trump tariffs on Canadian newsprint increased prices for U.S. newspapers by 25 to 30 per cent. One North Carolina paper has been forced to axe the funnies because of the crunch 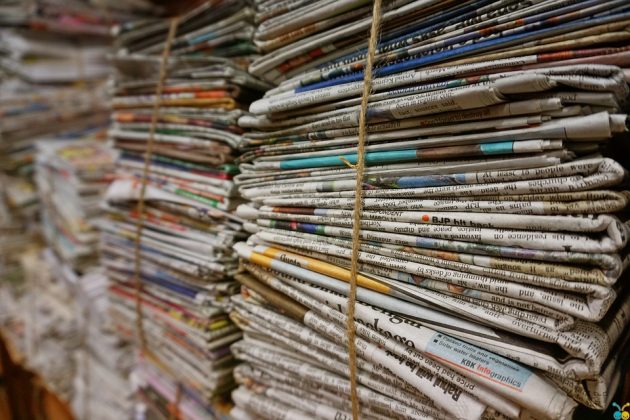 RALEIGH, N.C.—Residents in a North Carolina town hoping to read “Rex Morgan M.D.” with Sunday coffee are in for a rude awakening. And a newspaper says it’s all President Donald Trump’s fault.

A newspaper editorial last week said it made the “not-so-funny” decision to cut the comics because of rising costs spurred by Trump administration tariffs on Canadian newsprint.

“This newspaper has made the difficult decision to drop the Sunday comics, a decision that we really believe was made at the White House,” the editorial said.

Instead, the newspaper will run a single page of black-and-white comics and puzzles. Absent from the downsized lineup this past Sunday were familiar strips such as “Rex Morgan” and “Funky Winkerbean.”

Newspapers across the country are reeling after tariffs put in place in March increased newsprint prices by 25 to 30 per cent. Newsprint is generally the second-largest expense for local papers.

“All newspapers our size are operating on really thin margins,” Donnie Douglas, executive editor of The Robesonian, said in an interview Wednesday.

The dilemma over the comics is a symptom of larger problems faced by local news outlets. Douglas said the newspaper decided it was better to cut the comics than risk reducing staff or freelancers who cover local news and serve as watchdogs for local government.

“When you have this thing imposed on you, you can’t say let’s cut over here, or let’s cut a position, let’s cut the stringer budget,” he said. “There’s really nowhere to go.”

The newspaper with a Sunday circulation of 6,200 is based in the town of about 21,000 people approximately 100 miles (160 kilometres) south of Raleigh.

The Robesonian editorial acknowledged that newsprint costs aren’t the only challenge it faces. Like other newspapers, it’s taken a hit from shifting reading habits that have led to a decline in advertisers and readers.

The editorial said the newspaper hopes those conditions change so it can someday restore the colour comics section.

“But for Sunday comics to return, something has to break to our benefit—additional readers and advertisers, or a change of heart at 1600 Pennsylvania Ave,” the piece said, referencing the White House’s address. “Of those two, we know which is more likely.”