Litigation looming if there’s no softwood deal with the U.S., Ottawa says

With lumber talks languishing, Canada's ambassador to Washington is gearing up for a legal fight. It won't be anything too novel when it comes to softwood; both sides have been here before 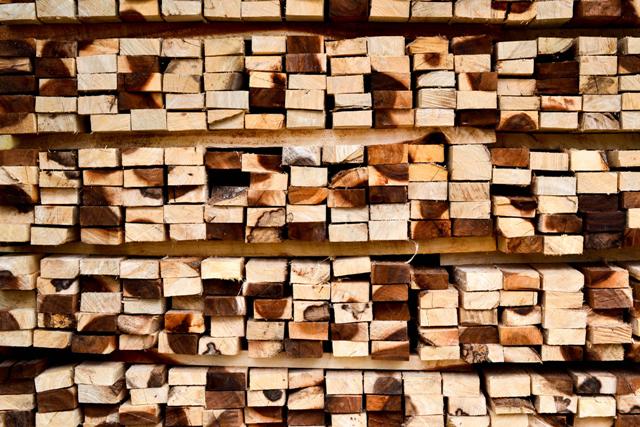 U.S. issues with Canada’s softwood industry have frequently gone to court over the past few decades

WASHINGTON—As softwood negotiations with the United States languish, the Canadian government says it’s readying itself for the next phase of the lumber fight, which has historically been a necessary step in resolving this recurring dispute: litigation.

Canada’s ambassador to Washington says the two governments have been working hard to get a deal and will continue to do so, but, with U.S. industry resistant to an agreement, he says the Canadian side is prepared to fight in court.

“We’re going to try really hard in the next little while to get a fair and balanced agreement with the United States,” David MacNaughton said Aug. 24 at an event attended by provincial representatives.

“If that is not possible, we have all agreed that we will take all necessary steps to litigate this matter until we get a fair arrangement as we have in the past.”

It wouldn’t be the first time. The issue has regularly gone to court over the decades. The irony this time is that the fight would likely be playing out in dispute-resolution panels under NAFTA’s Chapter 19—at the very moment U.S. negotiators are asking Canada to end Chapter 19.

That’s one reason both countries worked to get a softwood deal before NAFTA talks began this month—but ultimately failed.

MacNaughton laid blame upon the American lumber industry, which he accused of spreading false information and stymying an agreement. The industry is a player in these talks: part of any deal would require it to forsake trade actions for the duration of the agreement.

The historical pattern of the softwood dispute involves the U.S. industry launching complaints over what it calls unfair subsidies, the U.S. authorities imposing tariffs and the issue dragging out for years, through court fights.

MacNaughton said the American lumber lobby is falsely telling people two things: that Canada hasn’t agreed on a cap; and that the provinces are split on the details of a deal.

He has already told The Canadian Press that Canada has agreed to cap its exports to about 30 per cent of the U.S. market. He says the only thing Canada is asking for is the ability to expand that cap when the market is so hot the U.S. cannot supply the other 70 per cent.

He said it’s unfair to punish Canadian companies—then increase imports from Russia. In fact, in the first half of this year, U.S. imports of softwood from Germany have grown tenfold as import duties have increased the cost of Canadian wood.

As for supposed provincial disunity, he pointed to the people around him. They included two former Canadian ambassadors to the U.S.—Gary Doer representing Alberta and Raymond Chretien from Quebec—and David Wilkins, former U.S. ambassador to Canada, representing New Brunswick.

There were several jokes from the veteran diplomats about how long this has dragged on. Wilkins told a story of a Canadian envoy who was in Gettysburg for Lincoln’s famous address in 1863—Wilkins said he was there to discuss a lumber dispute with the president.

Chretien said he’d never have believed when he began dealing with the issue as ambassador in 1994 that he’d still be dealing with it 23 years later.

Doer said it’s unfair for the U.S. lumber lobby to get a veto on a deal.

He said the issue has in the past required leadership from American politicians. He said Democratic and Republican administrations have pushed their side toward a deal: “You need political will and political muscle to do that,” Doer said.

He said it would be ideal to avoid lawsuits and just get an agreement that keeps lumber mills running. “We would rather hire hard-hats than lawyers.”

Representing B.C. was David Emerson, who has grappled with this irritant for years, as a lumber executive and also as a one-time federal cabinet minister. He said he’s realized over time that the U.S. lumber industry talks about the need for reform in Canada, but doesn’t really care about that.

He suggested they have an interest in prolonging these disputes—not only do tariffs drive up the price of lumber, but U.S. companies have also cashed in by collecting hundreds of millions from the duties imposed.

“This problem is going to keep coming back. It’s going to keep creating instability,” Emerson said. “Maybe it’s time we took on the coalition and tried to create a framework that would put the issue to rest.”

He said he’s not worried about litigation: “We’ve been down that route before. It does take a long time. But in the end we have prevailed.”

He added: “It’s not our preferred route.”