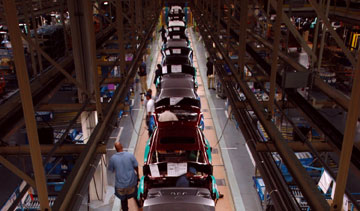 Kia said that its factory in the state of Andhra Pradesh in India’s southeast will be completed by late 2019 and produce up to 300,000 vehicles per year.

The maker of Optima sedan is considering making small cars and SUVs for the Indian market.

Kia, South Korea’s second-largest automaker, is part of Hyundai Motor Group, the fifth-largest auto company in the world. Kia’s bigger affiliate Hyundai makes 650,000 vehicles in India a year. Without its own production line, Kia could not enter the market due to steep tariffs on imported cars.

The new factory will increase the portion of Kia’s overseas production to nearly 60 per cent from 55 per cent.