IMF forecast: Global growth will weaken this year to 3.3%

April 9, 2019  by Paul Wiseman And Martin Crutsinger, The Associated Press 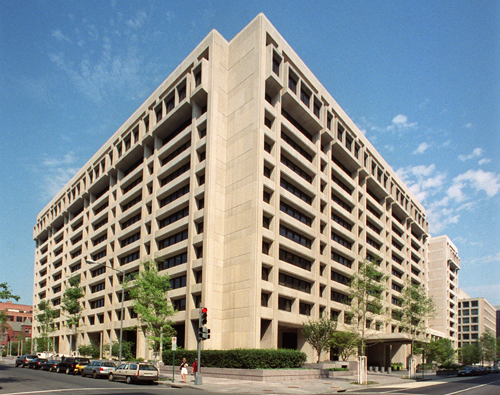 WASHINGTON – The International Monetary Fund is downgrading its outlook for growth in the United States, Europe, Japan and the overall global economy and points to heightened trade tensions as a key reason.

The IMF expects the world economy to grow 3.3% this year, down from 3.6% in 2018. That would match 2016 for the weakest year since 2009. In its previous forecast in January, the IMF had predicted that international growth would reach 3.5% this year.

For the United States, IMF economists downgraded their growth forecast for this year to 2.3% from 2.9% in 2018.

The IMF’s World Economic Outlook comes on the eve of meetings in Washington this week of the fund and its sister lending organization, the World Bank.

Japan is expected to eke out 1% growth this year, up from 0.8% in 2018 but slightly down from the fund’s earlier forecast.

The IMF foresees the Chinese economy growing 6.3% this year, down from 6.6% in 2018. But the fund’s latest 2019 outlook was a slight upgrade from the 6.2% growth it had forecast for China in January.

China’s prospects brightened, the fund said, after President Donald Trump decided to suspend a planned increase in tariffs on US$200 billion worth of U.S.-bound Chinese exports.

Still, the fund is expressing worries about tensions between the world’s two biggest economies, which have traded tariffs on hundreds of billions of dollars’ worth of products in a fight over China’s aggressive push to supplant American technological supremacy. The prospect of Britain’s messy departure from the European Union also weighs on the global economy.

The IMF expects growth in world trade to drop to 3.4% this year – a sharp slowdown from the 4% it had expected in January and from 3.8% trade growth in 2018.