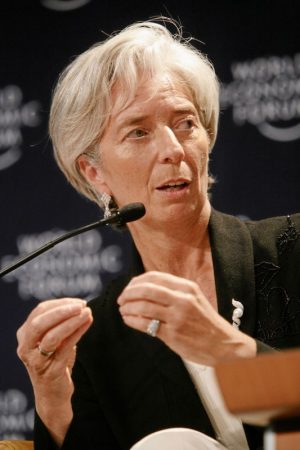 Christine Lagarde made the comments Sept. 13 in Ottawa amid concerns that rising protectionist sentiment in Europe has affected the deal.

Lagarde praised the pact after a meeting with Prime Minister Justin Trudeau, who recently spoke out against anti-globalization movements at the G20 leaders’ summit in China.

“Given that the trade agreement seems to be a very reasonable, very sensible and very good deal between the partners, I would hope very much that it can be completed, agreed, put to bed and implemented,” she said.

Canada and the EU have committed to signing the free trade deal this year and ratifying it in 2017. But the agreement, negotiated under the former Conservative government, has faced opposition in Europe.

Earlier this month, International Trade Minister Chrystia Freeland said growing anti-trade movements had complicated free trade talks with the EU. Freeland has called it a gold-plated deal that will give Canada broader access to a market of more than 400 million people.

“And I really, very much hope that Canadian economic policies can actually go viral and that this energy and this passion for openness can be sufficiently contaminating, including in European Union,” Lagarde said.

Related Stories
Threat of global economic collapse over for now: Lagarde
Western premiers want to overhaul inter-provincial trade policies
Brexit and Canada: 5 things to know and a few others to think about
CETA on track, despite post-Brexit concerns about ratification, ministers say
Manufacturing In Focus