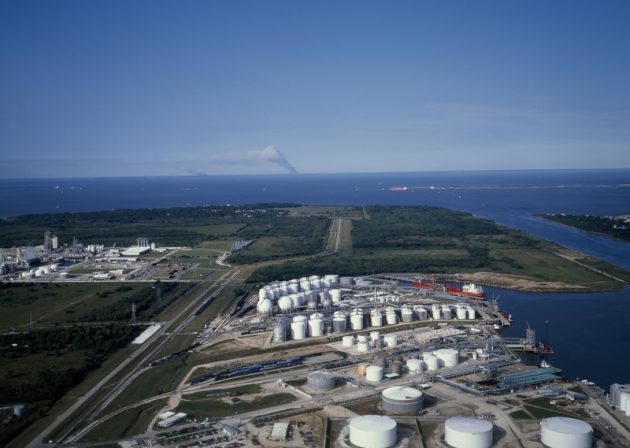 CALGARY—Gasoline future prices have spiked following the temporary closure of American refineries due to storm-related flooding in Texas, but so far there’s little evidence of a major increase at the pumps in most Canadian markets.

S&P Global Platts estimates that tropical storm Harvey has affected about 2.2 million barrels per day of refining capacity in the United States, including ExxonMobil, Shell and Phillps 66 operations that began shutting down Sunday.

With the supply of refined products expected to be down, the October contract for gasoline was trading this morning at its highest in more than six months, after rising about three per cent since Friday.

The less heavily traded September contracts were up seven cents at US$1.73 per U.S. gallon, according to the CME Group futures market.

But Colin Cieszynski of CMC Markets notes that the spike in gasoline prices could be short-lived.

The effects have yet to trickle down to Canadian pump prices, according to crowd-source figures compiled by GasBuddy.com, although the average price in Toronto has to risen the highest in more than a month.