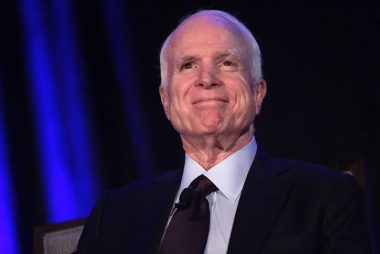 WASHINGTON—Two Republican senators said late May 10 they would oppose President Donald Trump’s nominee for U.S. Trade Representative in a broadside against the administration’s “ongoing, incoherent and inconsistent trade message.”

Sen. John McCain of Arizona and Ben Sasse of Nebraska said in a two-page letter to Robert Lighthizer that his confirmation process had failed to reassure them he understands the economic benefits of the North American Free Trade Agreement. The two lawmakers also said they doubt Lighthizer would, if confirmed, champion agriculture and negotiate trade deals to the benefit of American consumers and the economy.

“Beyond your vocal advocacy for protectionist shifts in our trade policies, the administration’s ongoing, incoherent, and inconsistent trade message has compounded our concern,” the senators wrote.

Trump nearly bailed on NAFTA, the 1994 trade pact with Mexico and Canada. He repeatedly derided it during the campaign as the worst trade deal ever and mocked his rival Hillary Clinton for her support for the agreement. President Bill Clinton signed it into law in 1993.

McCain and Sasse said Lighthizer has made his skepticism of NAFTA well-known, “which we find to be alarming.”

“America deserves a USTR who will renegotiate NAFTA in order to build on its successes, not as a pretext for unraveling it,” they wrote.

Republicans hold a 52-48 advantage in the Senate. It was unclear whether other GOP senators would join McCain and Sasse in opposing Lighthizer.

He easily won support in the Finance Committee, which approved his nomination unanimously on a 26-0 vote.

Lighthizer will take his cues from a president who has broken with most Republicans in his criticism of free trade agreements. Lighthizer, who has assailed some Republicans for being too pro-free trade, told the Senate panel earlier this year that the U.S. should have an “America-first trade policy.”

Some of Lighthizer’s most vocal supporters came from the Democratic members of the Finance Committee. Sen. Ron Wyden, D-Ore., said the next U.S. trade representative has to step up on trade enforcement to pry open markets for U.S.-made goods. He said he’s confident that Lighthizer can meet that challenge.