GM stops vehicle assembly in Oshawa due to disruption from U.S. strike [UPDATED]

GM said Friday that it had halted all vehicle production at the Oshawa plant, leaving about 2,000 of its hourly employees off the job 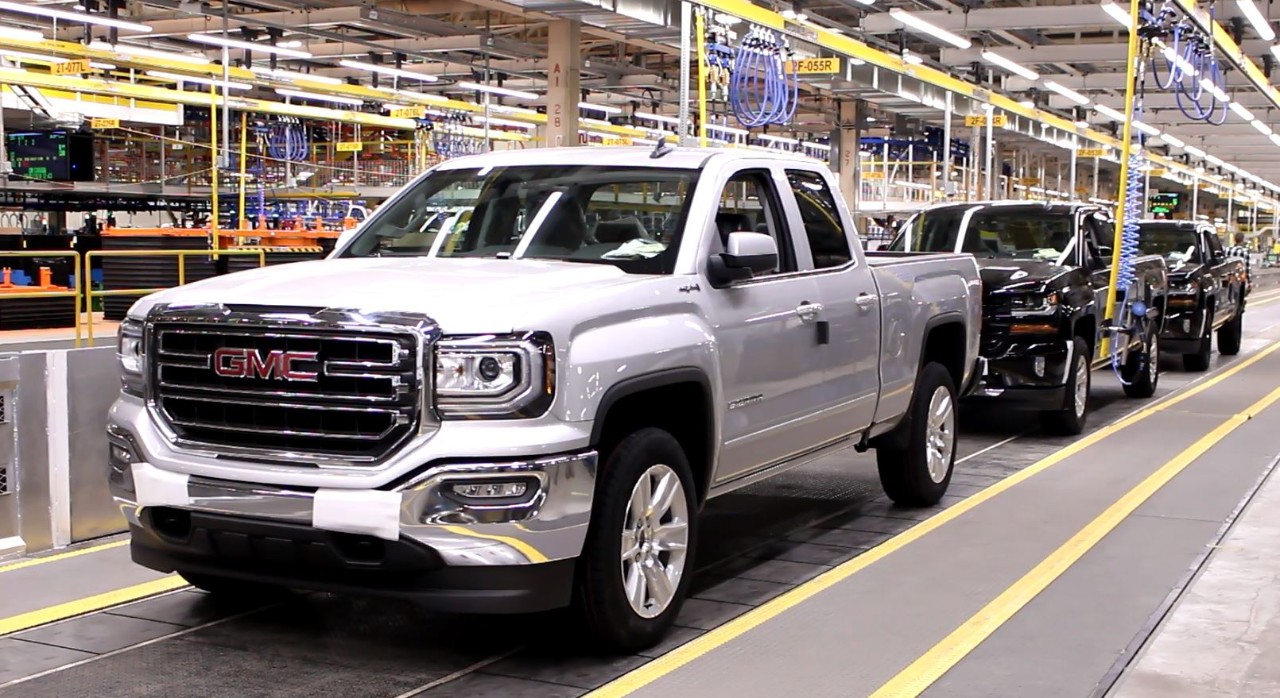 OSHAWA, Ont.— Thousands of workers in Ontario’s auto industry have been temporarily laid off after General Motors stopped production at its Oshawa Assembly Plant as the strike in the U.S. by the United Auto Workers stretched into day five.

GM said Friday that it had halted all vehicle production at the Oshawa plant, leaving about 2,000 of its hourly employees off the job and creating a ripple effect among suppliers which depend on the assembly plant.

“We have about 1,700 members working directly with suppliers that are affected as of right now,” said Colin James, president of Unifor Local 222, on Friday.

Unionized GM workers in Oshawa will be receiving full pay, but that’s not the case for those laid off from suppliers.

“It’s tough on those members, and they’re looking to get back to work as soon as possible, but with the U.S. strike, nobody knows how long they’ll be out,” James said.

GM Canada said it would restart production when possible.

“We have seen disruption of our vehicle assembly work at the Oshawa Assembly Plant due to the UAW strike. We plan to resume these operations as quickly as possible upon resolution of the UAW strike,” GM spokeswoman Jennifer Wright said in a statement.

The company halted truck production in Oshawa on Tuesday, sending more than 1,200 hourly workers home due to a lack of parts with more than 30 GM operations in the U.S. shut because of the strike by roughly 49,000 UAW workers.

On Friday, GM halted production on its flex line in Oshawa that produces the Chevrolet Impala and Cadillac XTS in a move that affected close to 700 workers.

Unifor expects two-thirds of the St. Catharines plant to shut down next week, leading to another 700 temporary layoffs, while it’s not sure when Ingersoll might be affected. The two plants employ about 4,000 hourly and salaried workers.

Any further GM plant closures will also have wider effects among the many companies that depend on them.

In Oshawa, some of the companies affected by the plant shutdown included Oakley Industries, which prepares tires and rims for truck production, Ceva Logistics and Syncreon Automotive Supplier, which sorts and sequences parts, and Robinson Solutions, which provides cleaning and maintenance to the plant.

Parts suppliers are stuck trying to manage while they sit on the sidelines of the negotiations between the union and the company, said Flavio Volpe, president of the Automotive Parts Manufacturers’ Association.

“The frustration is you’re not at the table…this is between your customer and their union, and you can’t really do anything about it.”

He said suppliers have fixed costs they’ll have to carry through the shutdown and that the strike is putting a strain on the whole supply chain, testing business relations.

Volpe said he was surprised the strike has lasted this long, as GM probably can’t afford to lose market share, and the union can’t be seen as a barrier to business.

“If we get into next week, that’s pretty cavalier,” he said.

United Auto Workers members at GM’s U.S. operations walked off the job for the first time in over a decade on Monday over issues including wages, health care, and job security.

On Thursday, UAW vice-president Terry Dittes reported in a letter to union members that there were many unresolved issues in the talks, but said progress was being made.

James at Local 222 said members are concerned about the layoffs, but they’re still supportive of the striking workers.

“Of course the members are concerned, it’s like anybody else, we look forward to a paycheque so we can pay our bills. We are supporting our workers south of the border, because obviously they’re trying to save their jobs, or improve the conditions for the ones that are working.”

He said Oshawa workers are keenly aware of the struggle going on after GM announced last November it would permanently end production at the Oshawa plant by the end of this year, though it has since relented to pressure from Unifor and committed to spend about $170 million to transition it into a parts producer to save about 300 jobs.

—With a file from the Associated Press